“They don’t dance alone” documents XV birthdays of Mexican migrants’ daughters living in San Diego, California. Their messages transmit values, emotions, expressions, desires, and fantasies related to their body, genre, and prestige. The ritual of this party outside Mexico withstands everyday tragedies, deportations and dysfunctionality in the family.
Mexican society in the U.S. is not just numbers. This document exhibits diversity, exclusion or inequality, but at the same time strengthens loyalty, bond, solidarity and love. The call to celebrate a Quinceañera can bring together a whole community -around 300 people- in a venue or a house, to spend more than $15,000 among relatives, friends and sponsors. “They don’t dance alone” covers specifically families form Oaxaca, Guerrero and Michoacán. These are the main state that expelled most of the migrants in the 80’s and 90’s.
During the last twelve years, I have documented more than 200 Quinceañeras in the greater San Diego. The visual narrative of this project stands out with the script carried out by the photographer as a ritual to film the 15th birthday event. This unwritten script is implemented step by step with minor surprises depending on the client. The venue may be a house, park, and often a priest from Tijuana may come to celebrate mass at the residency.
Photography and video is always on the family’s list, it is as important as the Mass, food and drinks. Some relatives come from Oregon, Arizona, Texas and Chicago to attend to the party. They arrive with a present and a six pack of beer, usually Pacífico or Carta Blanca, just in case they run out. The banquet is usually birria, sometimes mole or carnitas. Everybody helps to serve food and to clean up.
If they want to save up for the venue, they can throw the party at home. The downside is to end the event early, because in San Diego neighbors don’t tolerate noise at all. At 8:30pm police arrive to give them their first warning, or else, they will be fined. “I told you so” a relative recites to the Quinceañera’s father, continuing “you should have gotten a permit to have music until 10pm. No music means no party, what a bummer! Nobody wants to dance”.
The high point of the event is the appearance of the Quinceañera and her court dancing to the most popular song “Tiempo de vals” by Chayanne. Then, the next songs in descending order “De niña a mujer” by Julio Iglesias, “Quinceañera” by Thalía, “La última muñeca” by Los Baron de Apodaca, and “Vals de las mariposas” by Tommy Valles. The surprise dance includes a remix of bachata, reggaetón, norteña, banda and ranchera; and the dance floor gets crowed with friends who “perrean”, singing along with the band. And not to be missed “No rompas más mi pobre corazón” by Caballo Dorado, every party’s anthem. They are happy, dancing, chatting, hugging, eating, and drinking. 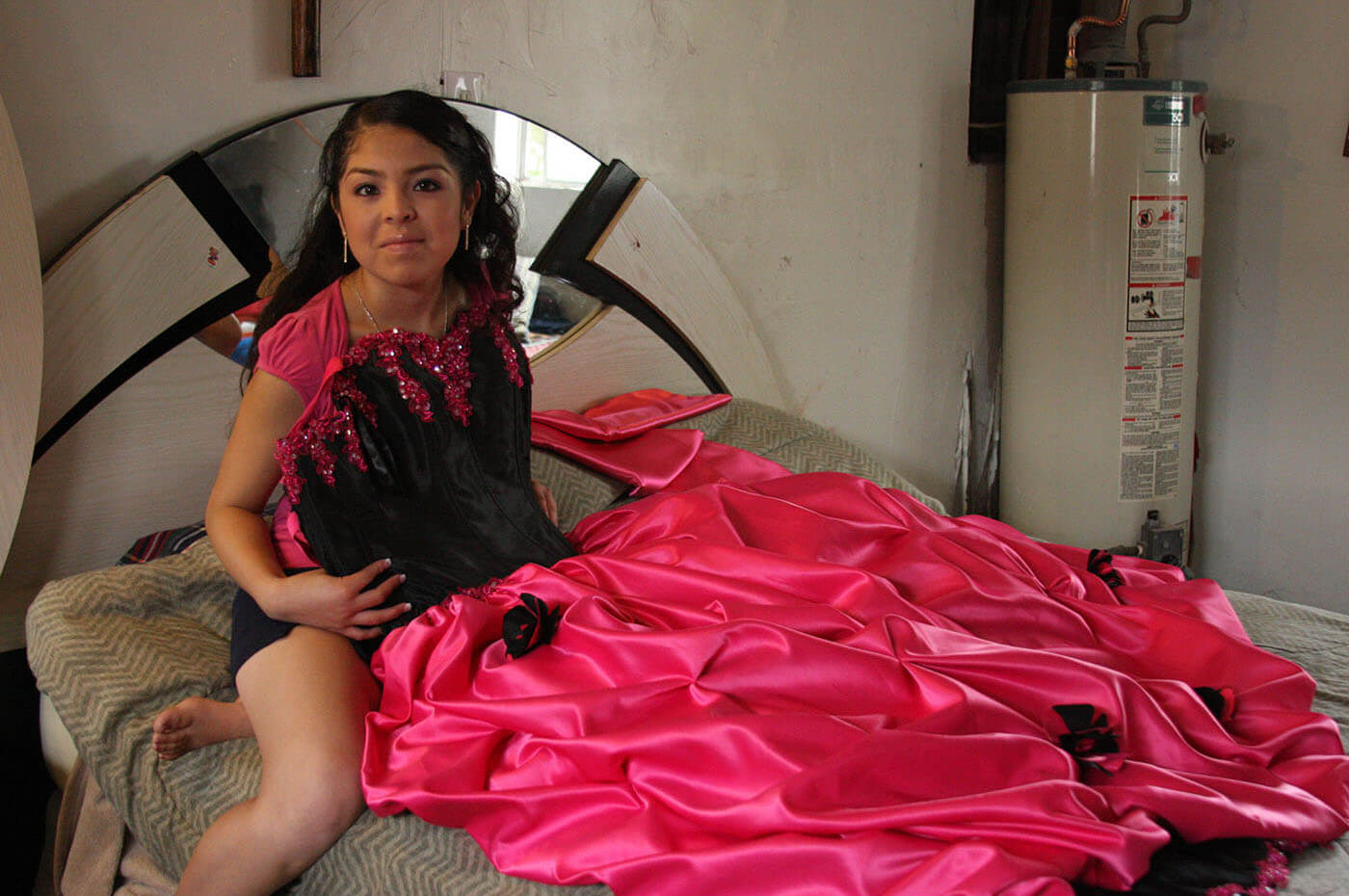 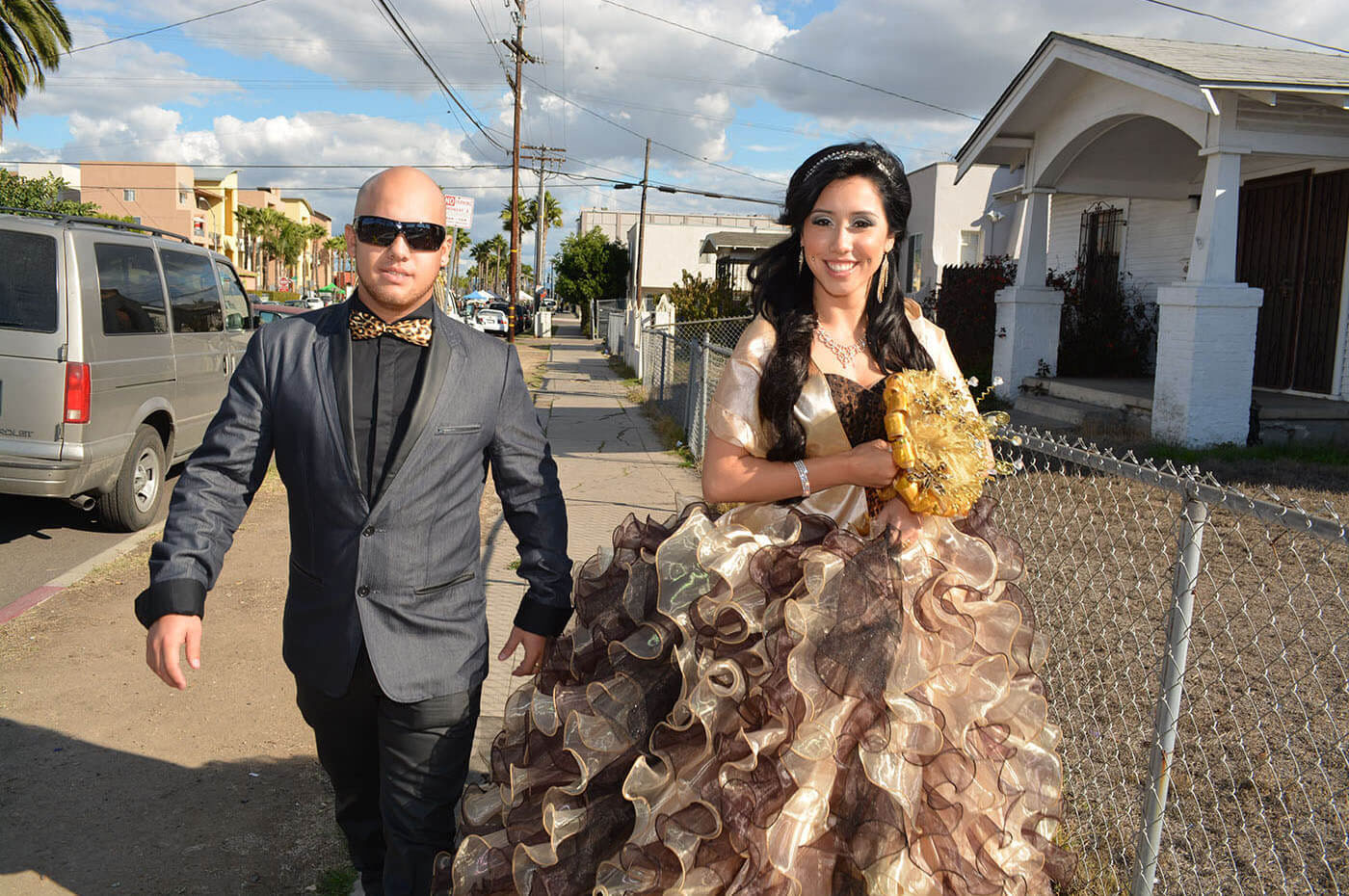 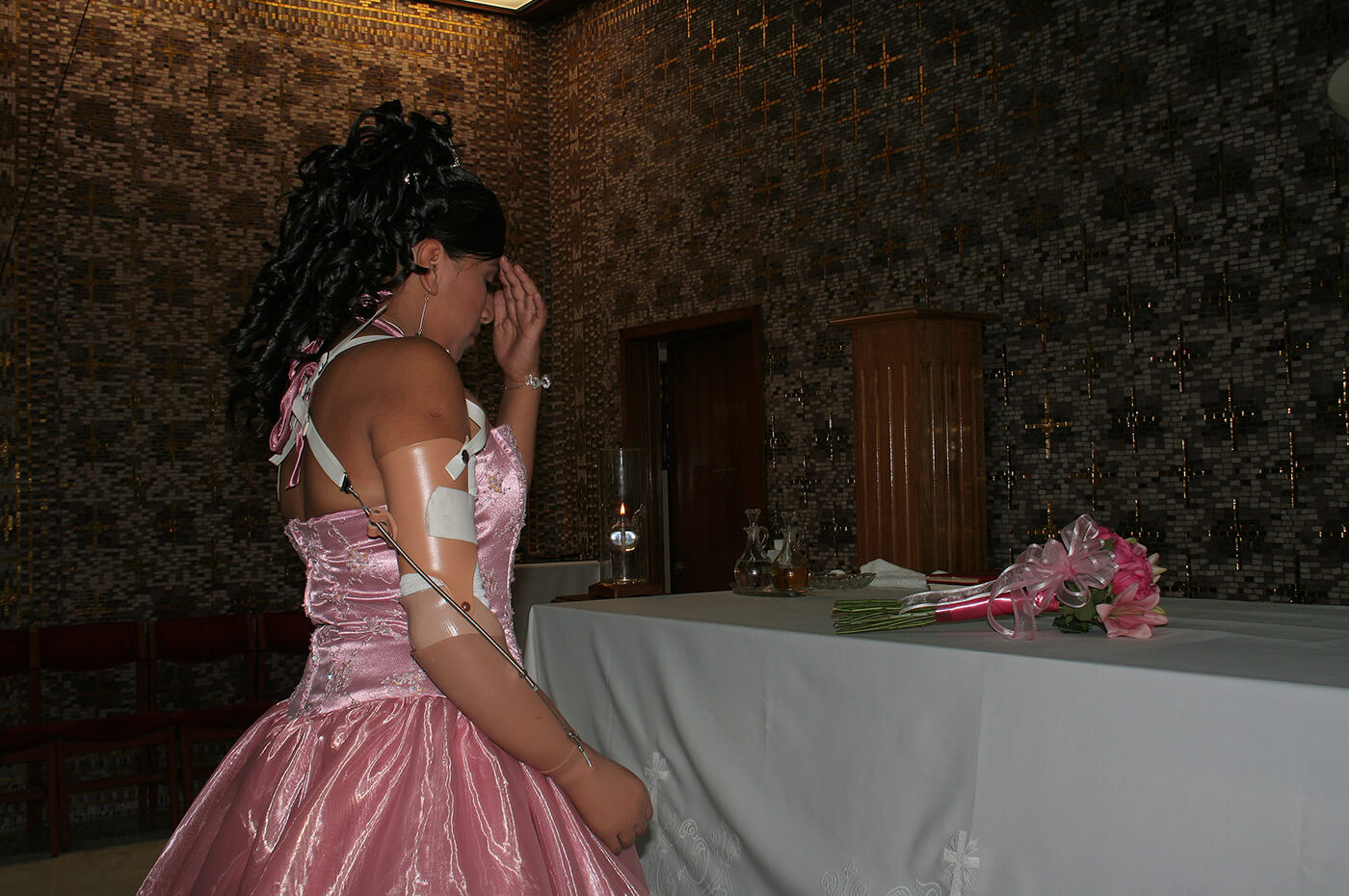 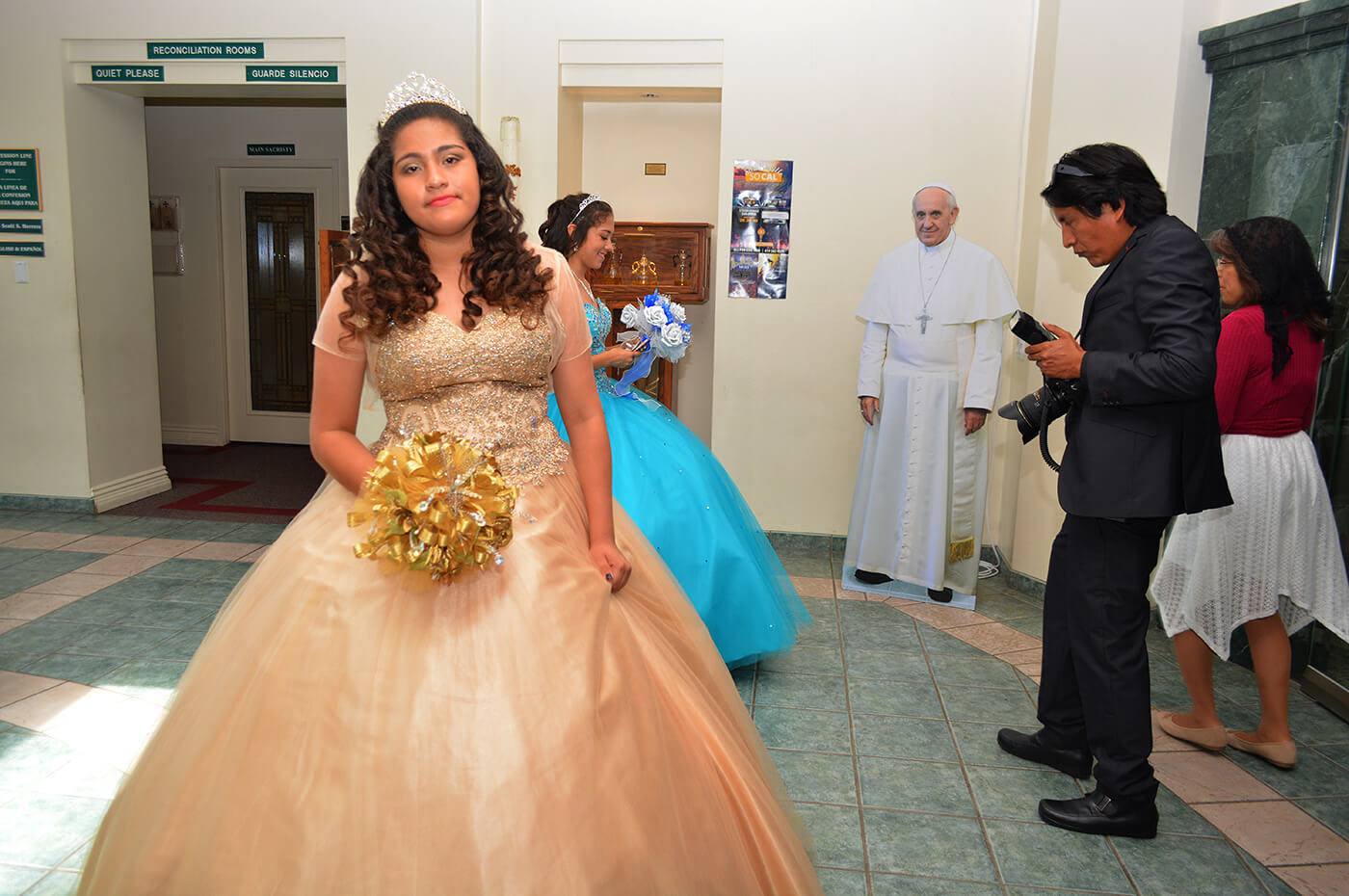 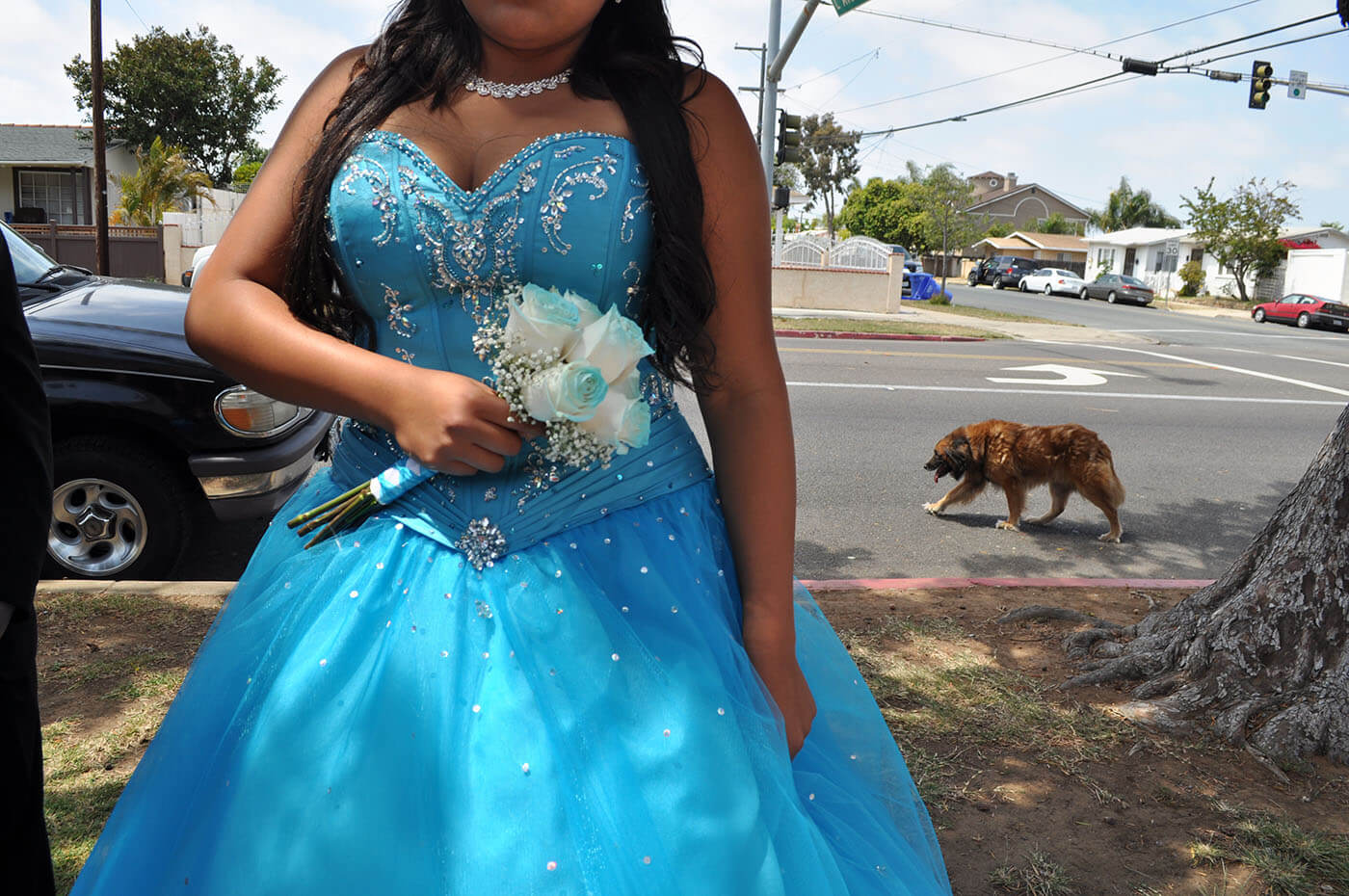 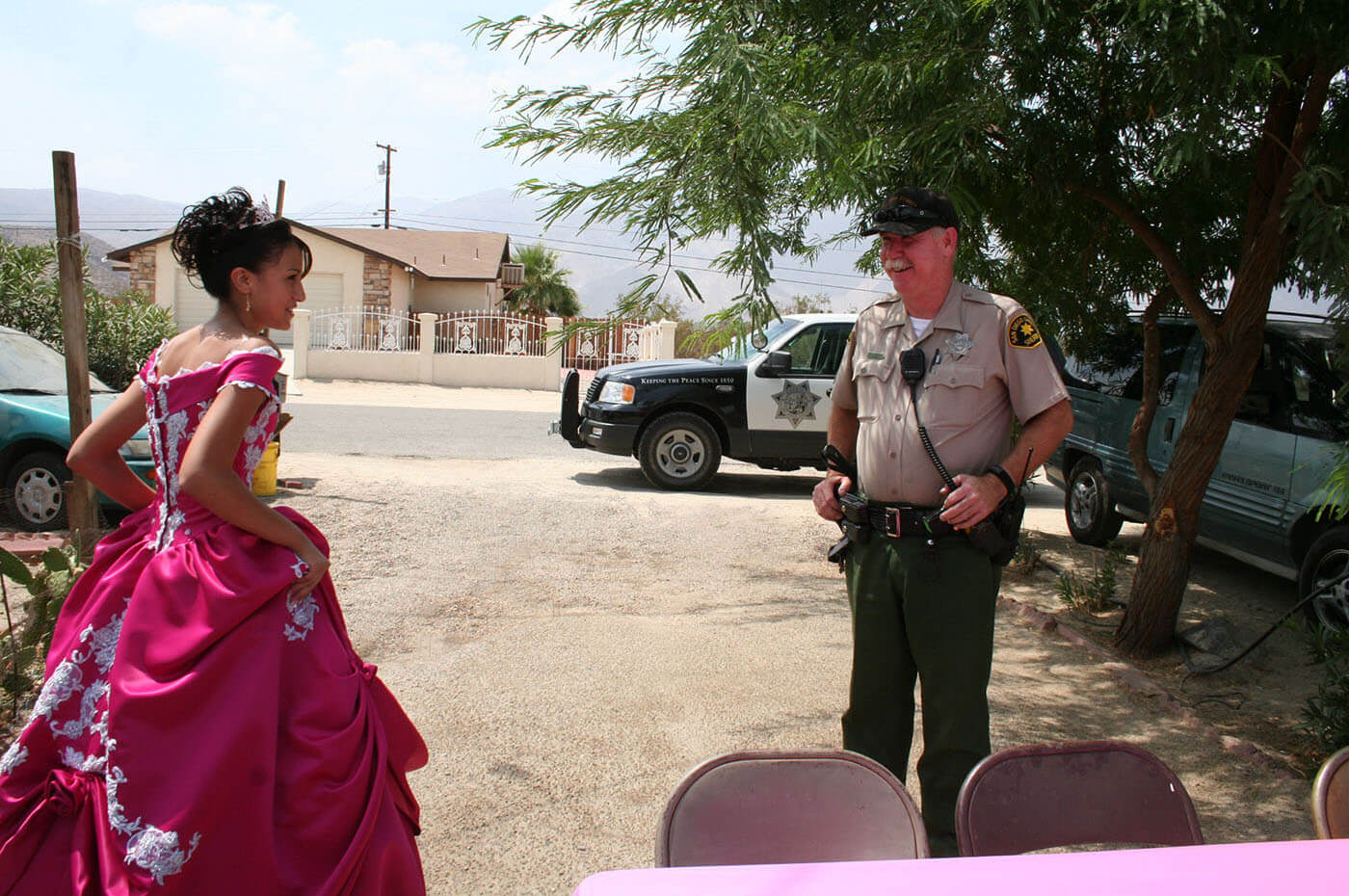 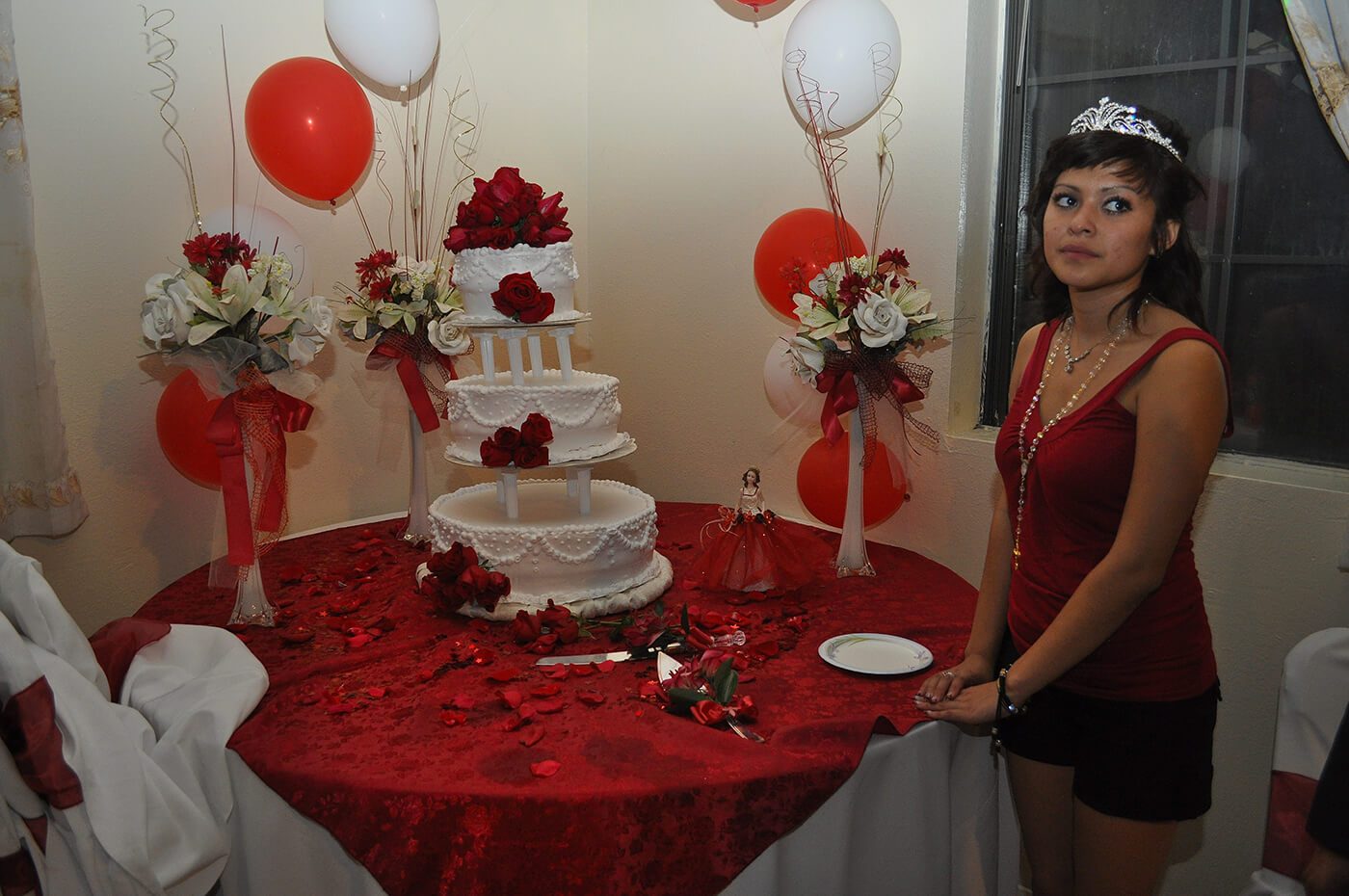 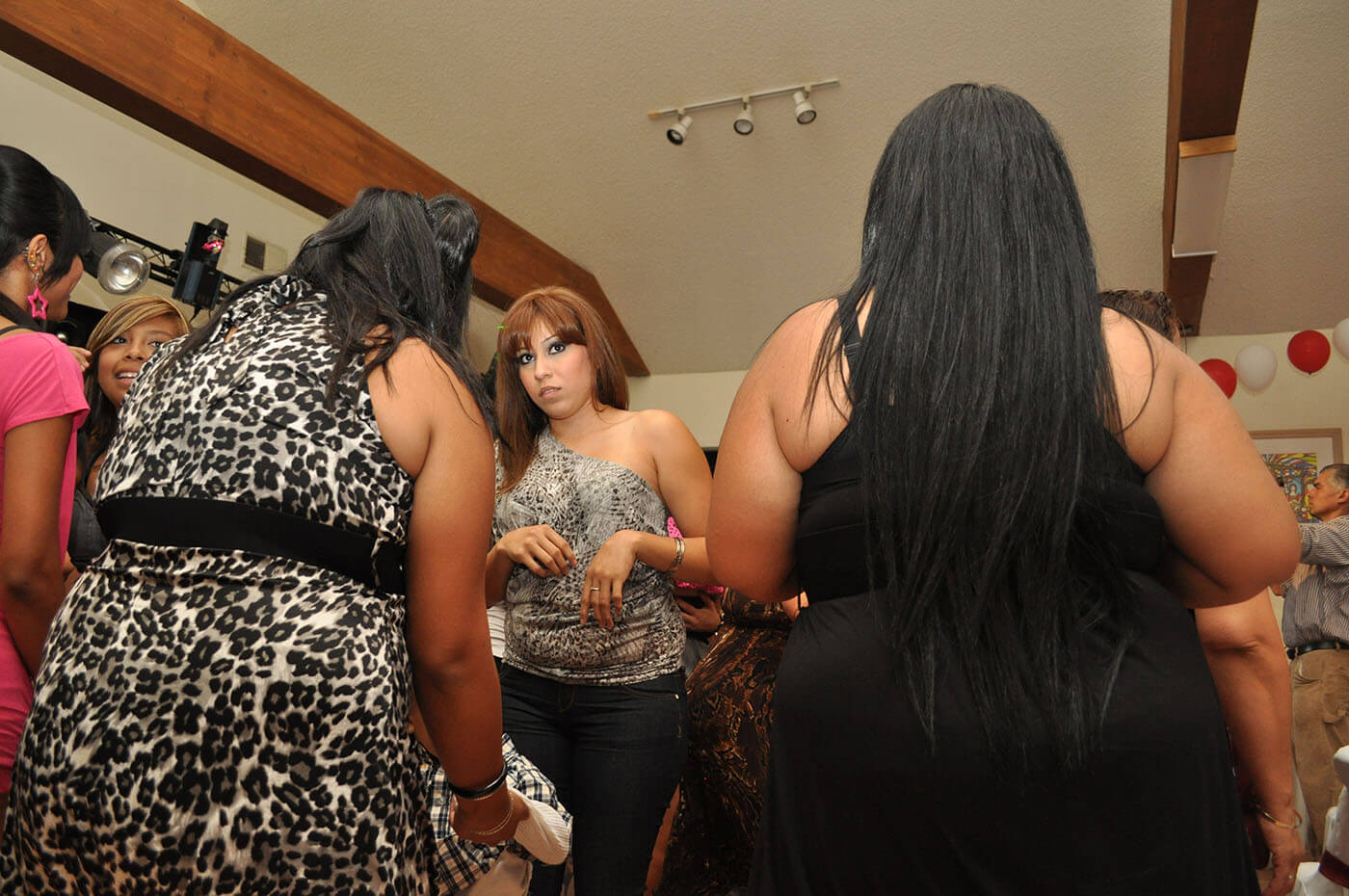 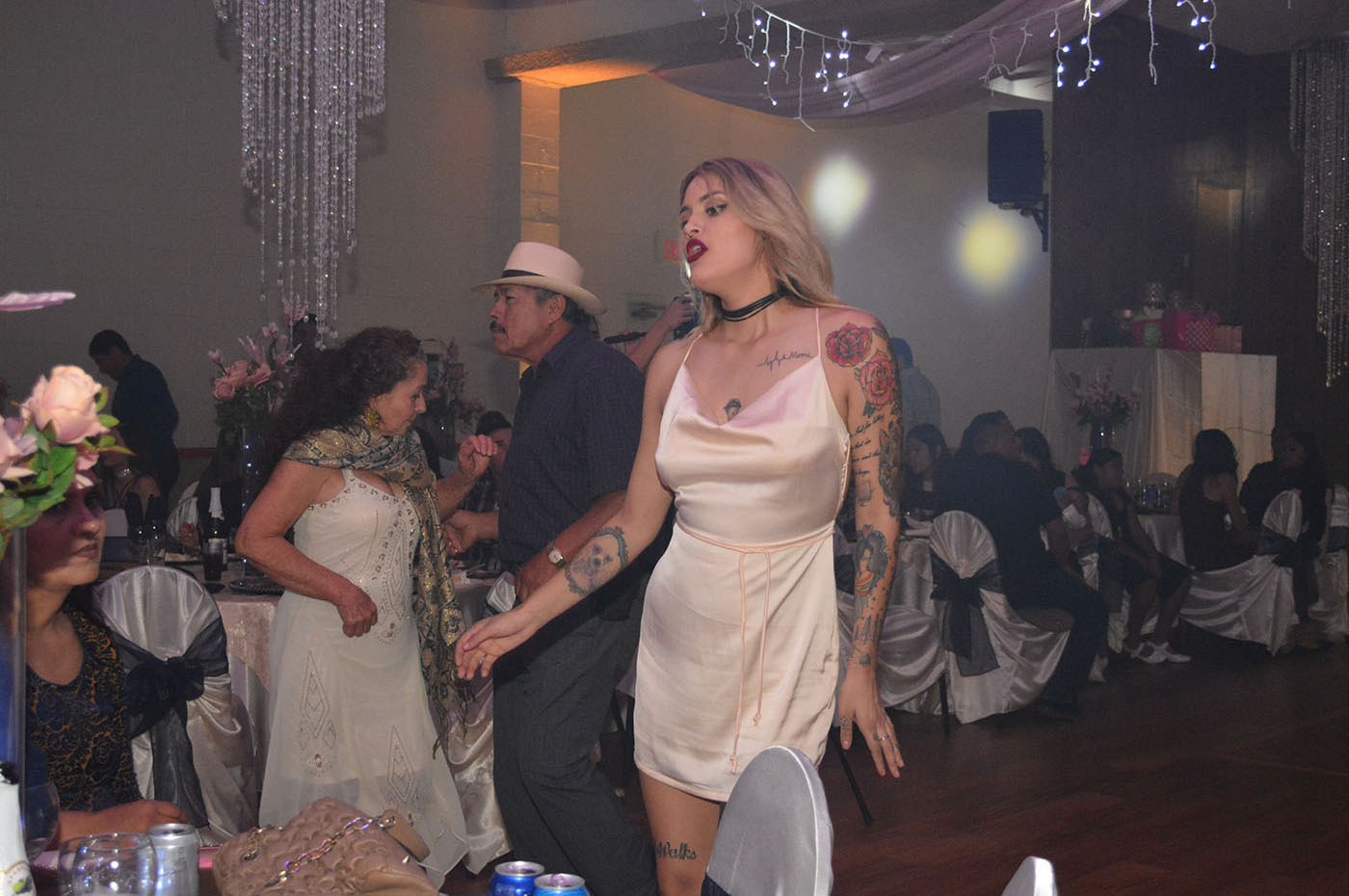 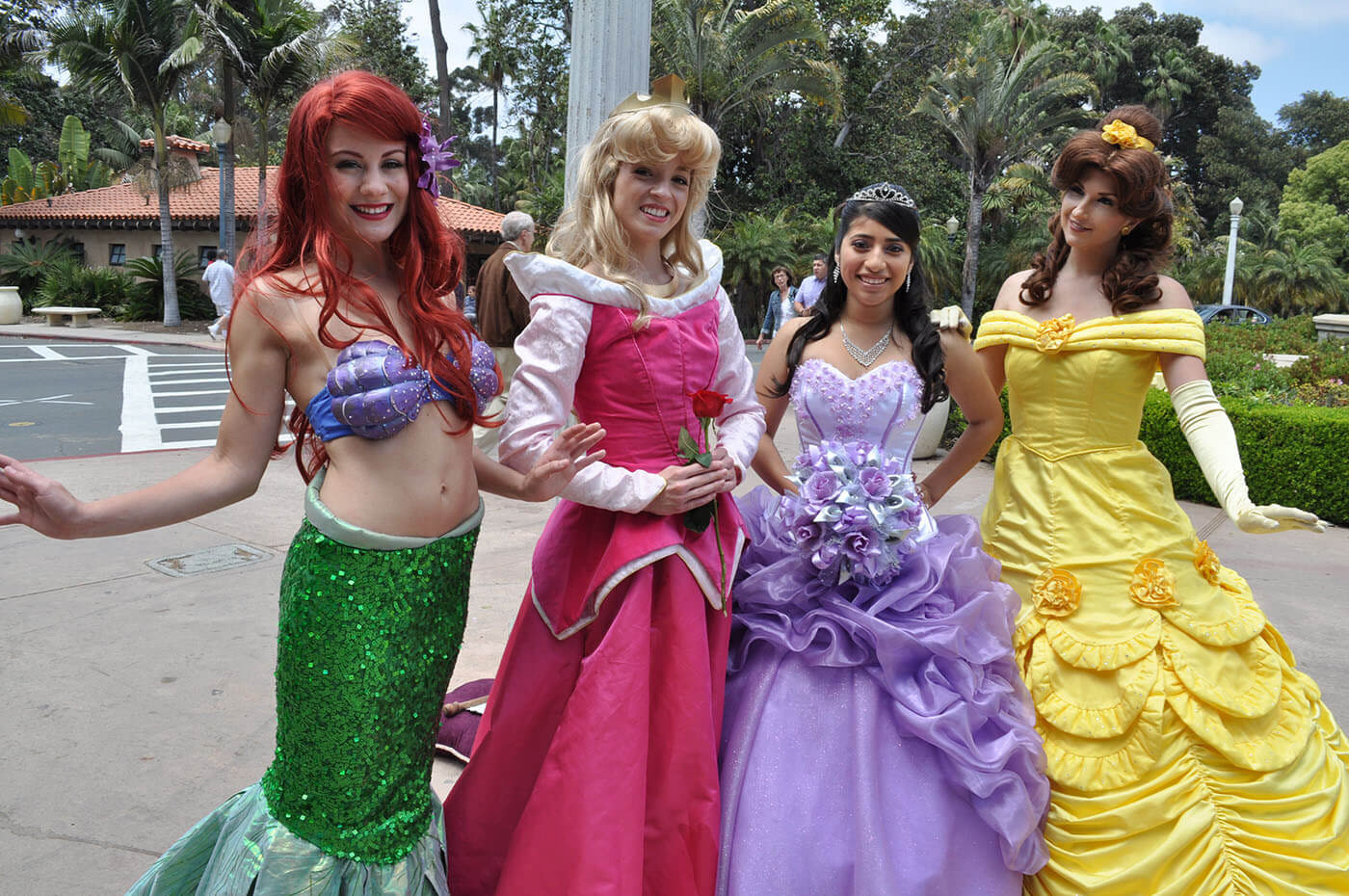 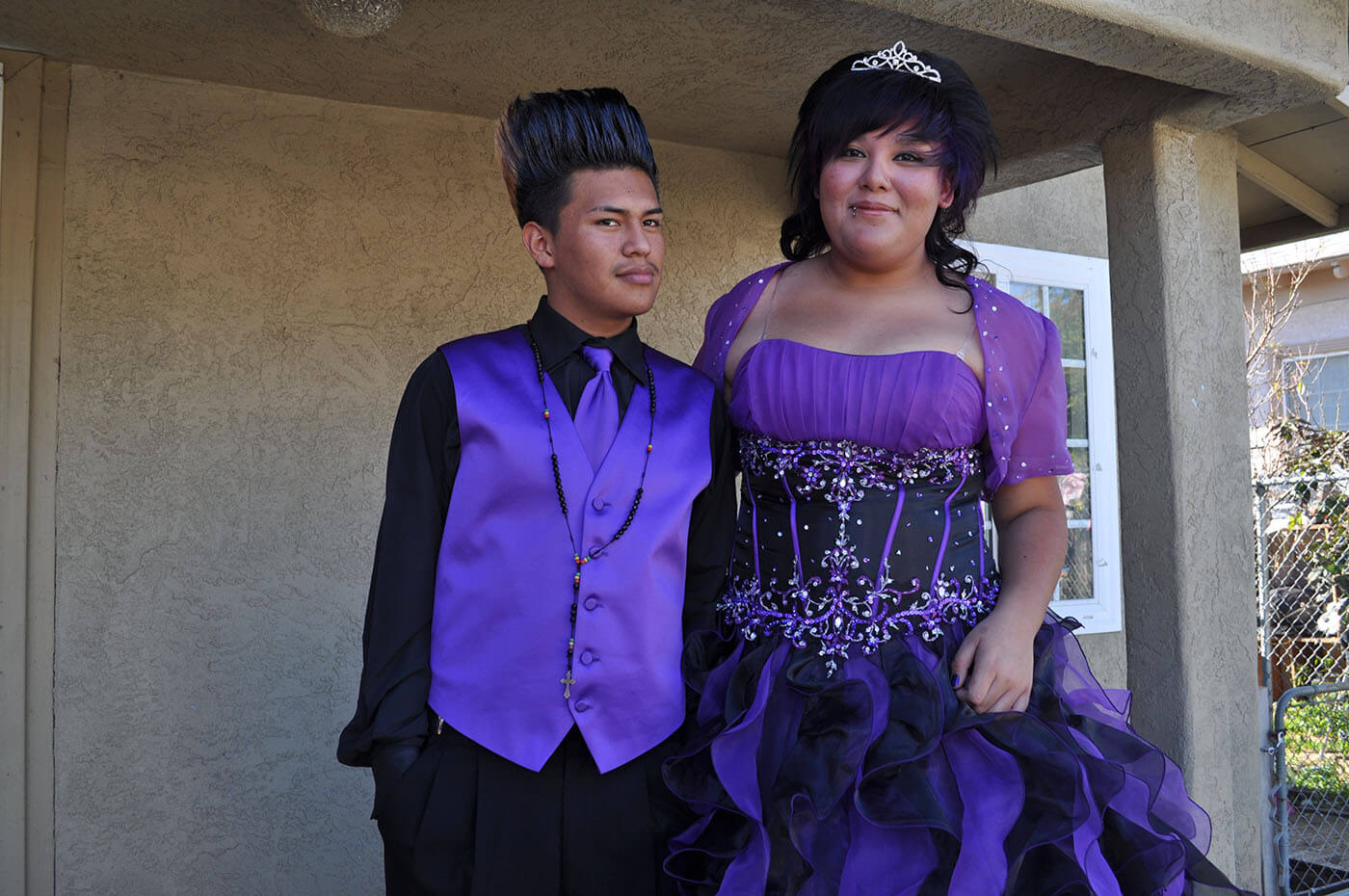 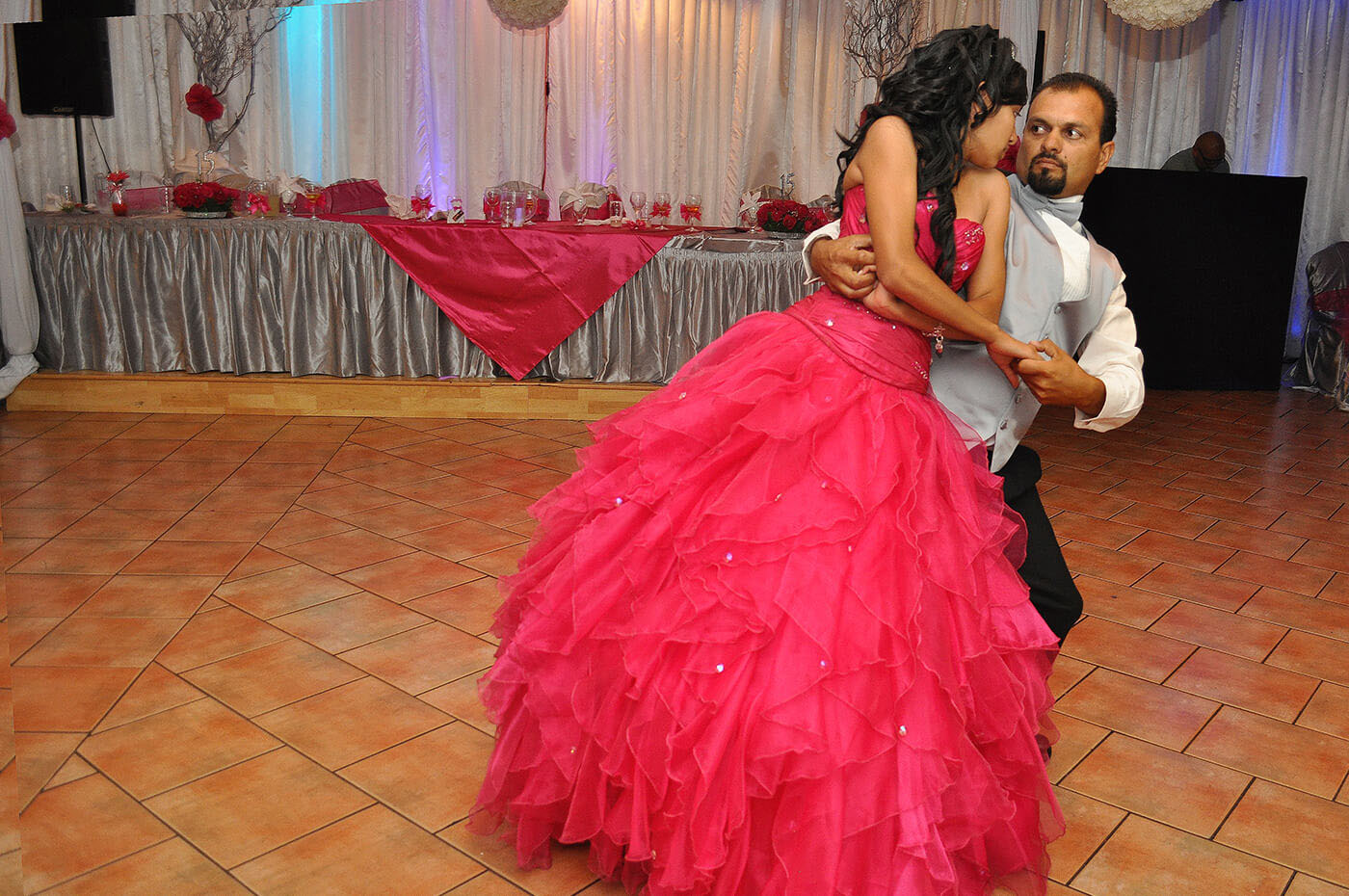 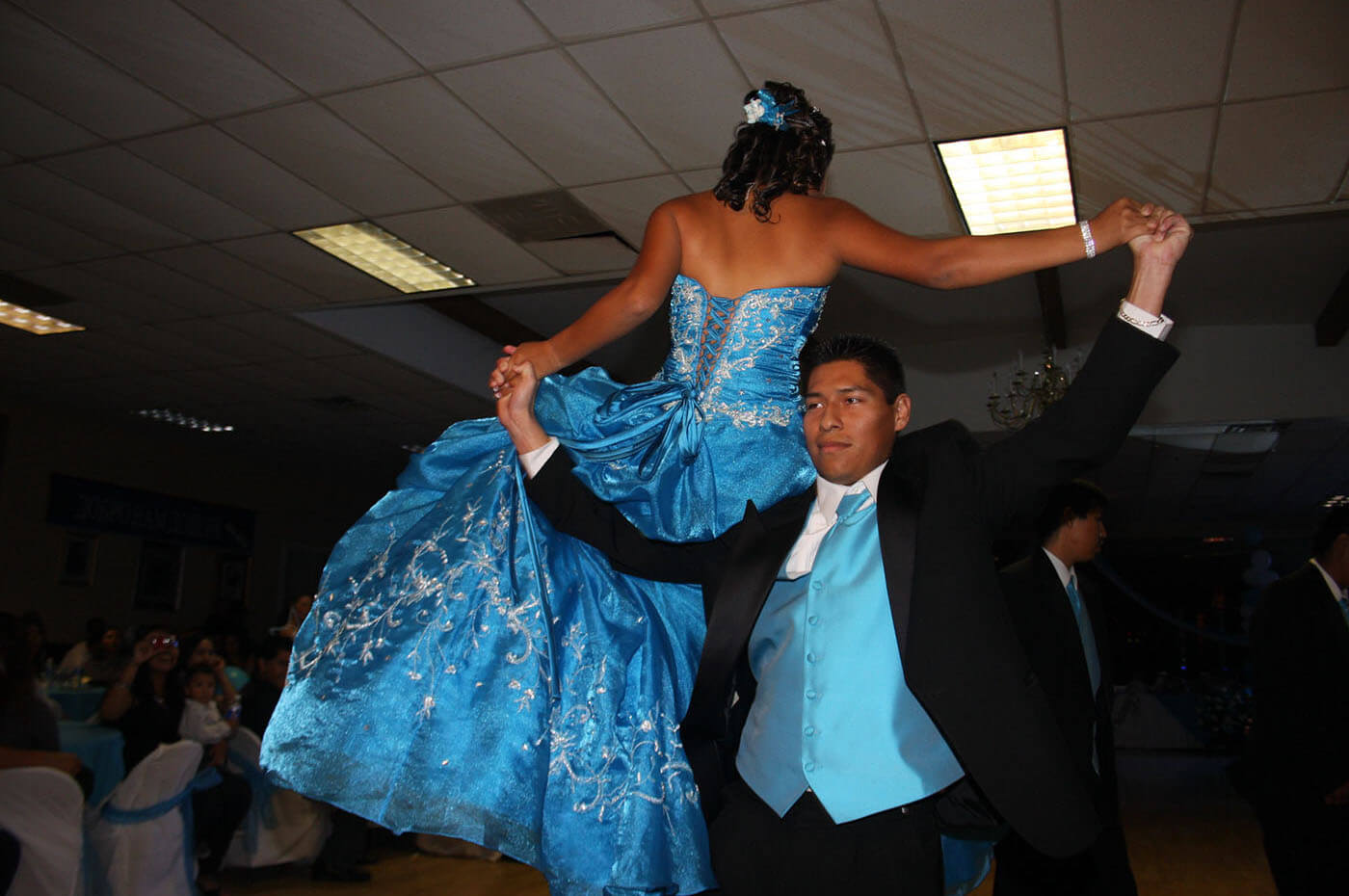 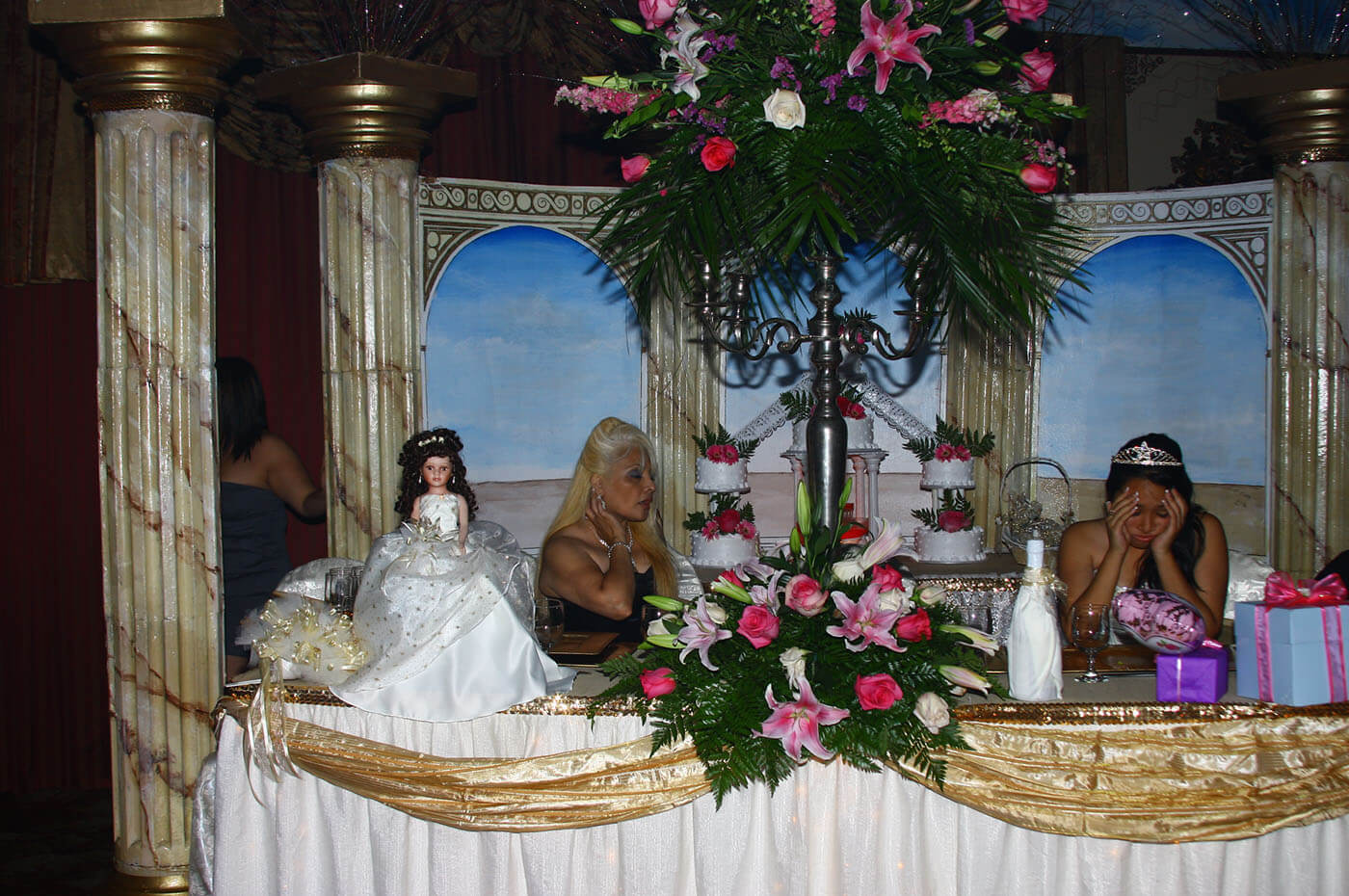 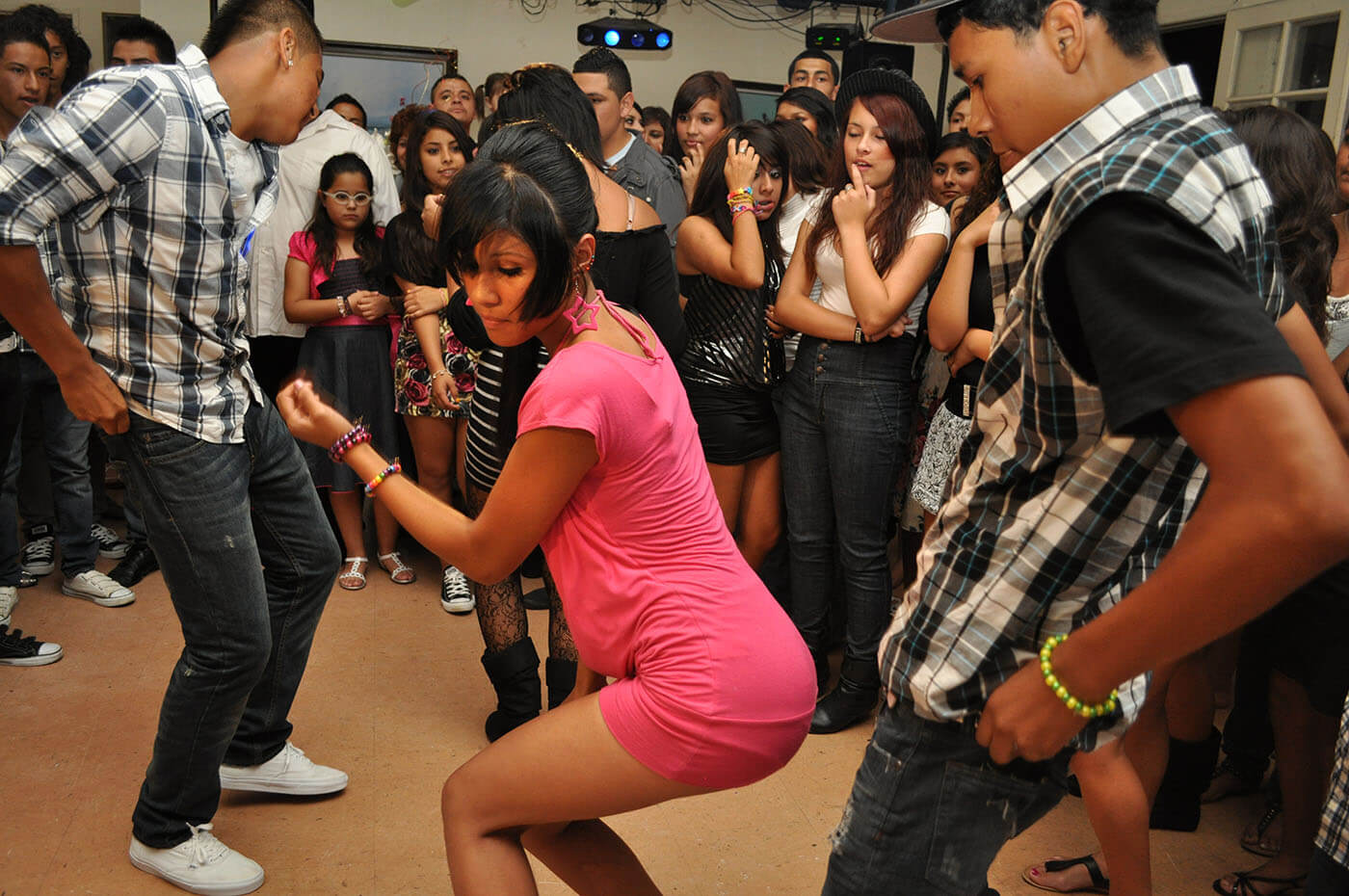