Footprints, them and whales

Two whale ribs form an arch. My sister and I are inside of them. It’s about to start raining. Raining? Yes, it rains in the desert. I follow the edge of the sea; on it, I travel through the time that takes me back to my childhood. I reminisce in my dreams and ask myself if short stories are born out of a dream or if the dreams justify themselves in short stories. The eyes of a squid spy on me as I pose for my mom for the picture. I want to know why whales lost their legs and plunged into the sea. I want to be a mermaid with a precise shape wearing fish boots, yes, a mermaid with the heart of fire to stamp on the sea.

Them, the whales have the persistence of being. At the bottom of the Arctic sea, they gobble up till boredom, a breeding soup mixed with millions of microscopic particles of live animals and vegetal matter. Just as the whales do, these organisms migrate, but in other very brief lapses of time, their journey is associated with gravity, the day, and the night. To equate the geological times and their lowest mutations, they don’t live more than four hours. If it wasn’t like this, in one week, its reproduction would form a sphere with the same volume of the earth. Plankton, wandering and vagabond, moves by swimming weekly in bigger quantities through the seas of the cold regions. That’s why the whales stay near the Poles.

The explosion of my senses expands on the horizon’s line and, without losing its aim, I know that the return will be another story. To travel is to migrate…and to swim is like dancing but on water…I submerge myself in the Gulf of California and as the deepness expands, the colors start to disappear, the red at five meters, orange at eight, yellow at eleven. It would be impossible to confirm if the green and blue don’t really exist anymore at 25 meters. I believe my lungs would explode when reaching the grays.

A footprint is a long-lasting sign that marks a past process, as is. But the index finger that I am leaving is in my wish that’s inhabited over the visible face of the moon, in its dry lava-covered plains that are regions named as seas of fertility, seas of crisis, seas of serenity, seas of humor, and the biggest stain is an Ocean of Storms. On the moon, there is neither sound nor time. Astronauts have left their footprints there and they will continue to be there forever because there is no wind or rain either to erase them.

The end is the beginning on the 28 ˚ parallel and, the whales, with an excess of salt, float to copulate, give birth, nurse, and sing according to the sinuous sand dunes on Laguna Ojo de Liebre. The singing of the dunes and them, the whales, attach to each other in long and repeated sounds that awake feelings of loss or tragedy, splash, horizontal flap, the rhythm, and the final rhyme.

The North Pole is a frozen ocean; the South Pole is a frozen continent. I go to the South but will finish on the North, above this raft of stone that floats between two seas: it’s the Baja California peninsula that will be detached from the mainland in about 50 thousand years and will be neighboring Alaska in 50 million years. 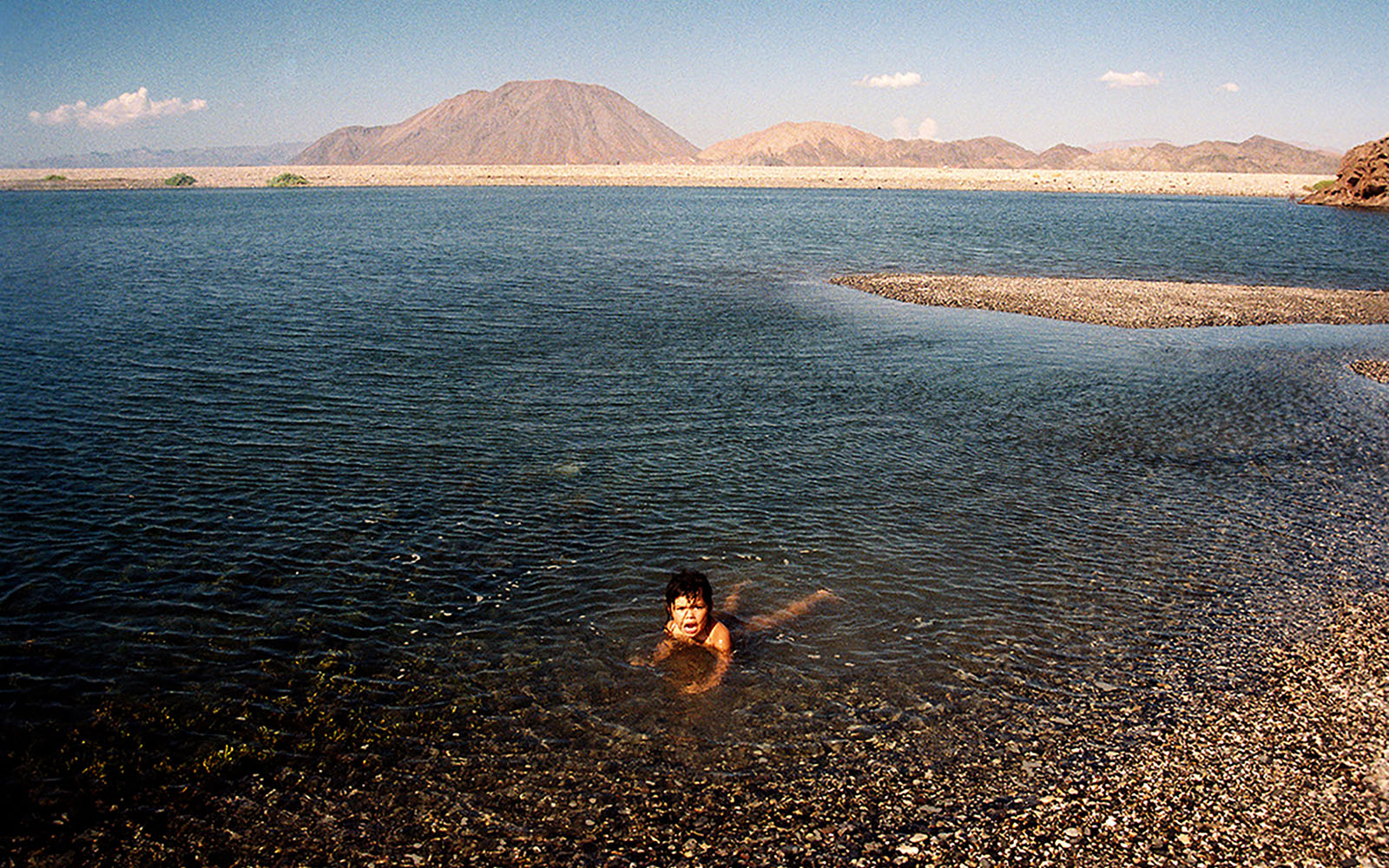 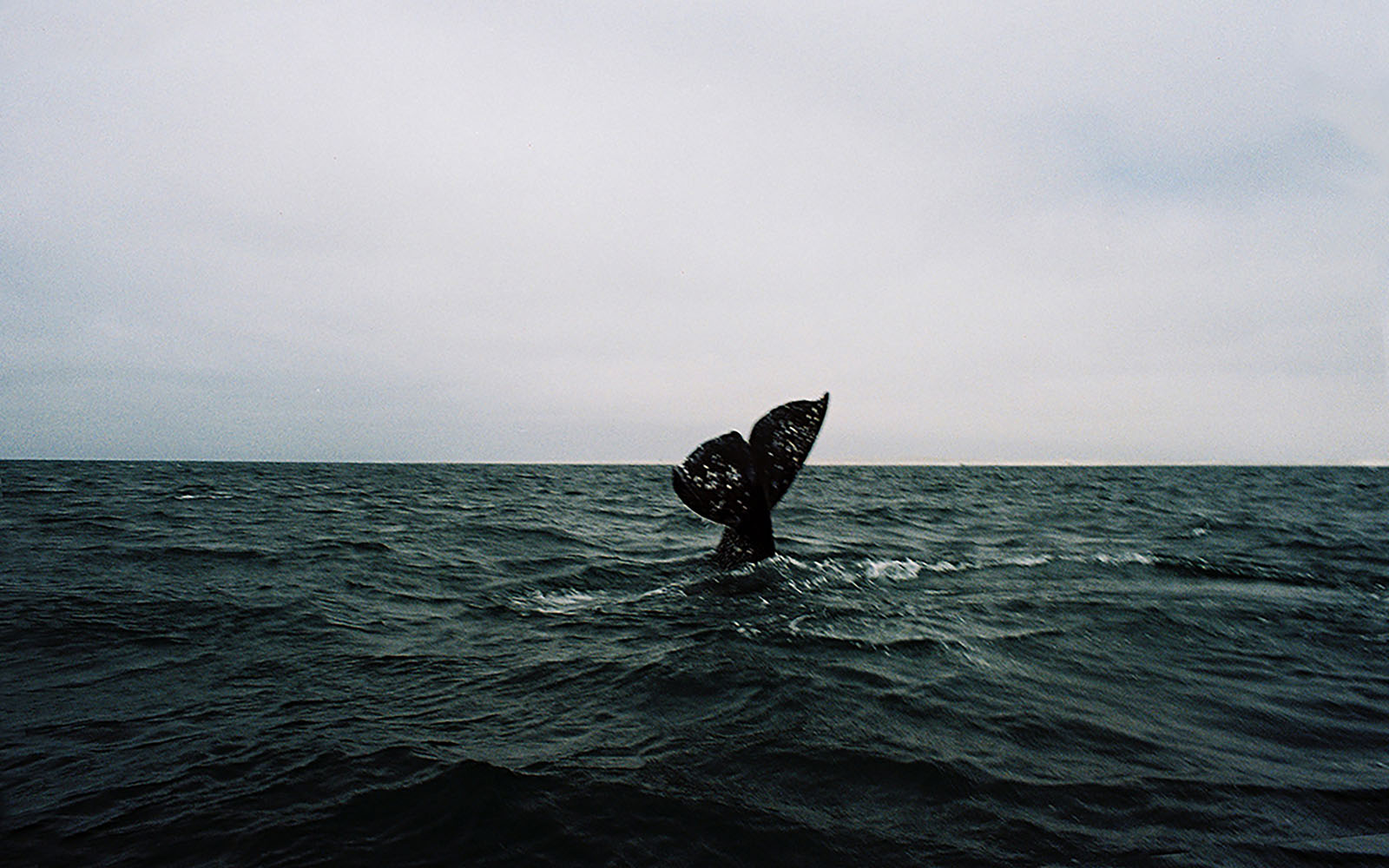 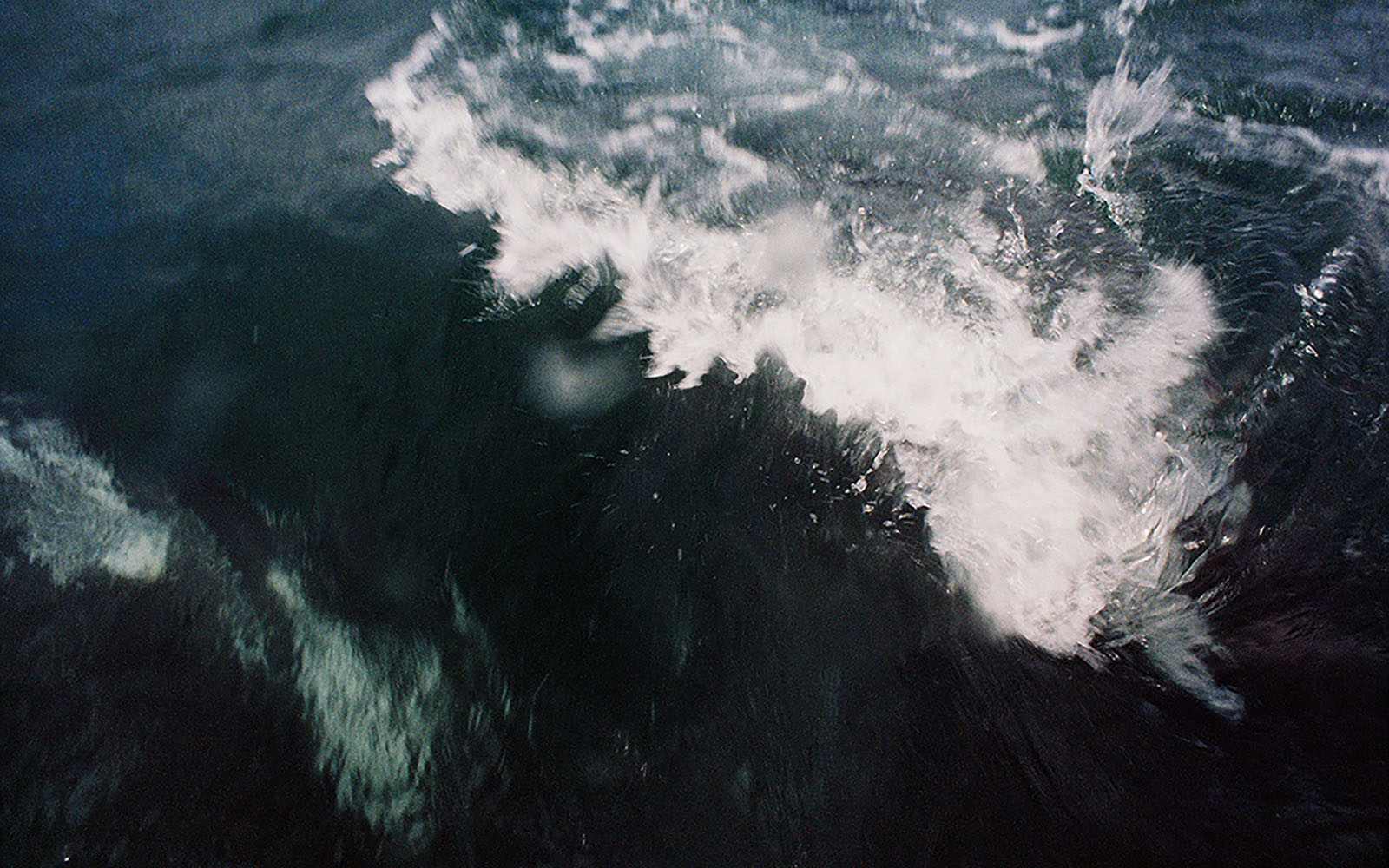 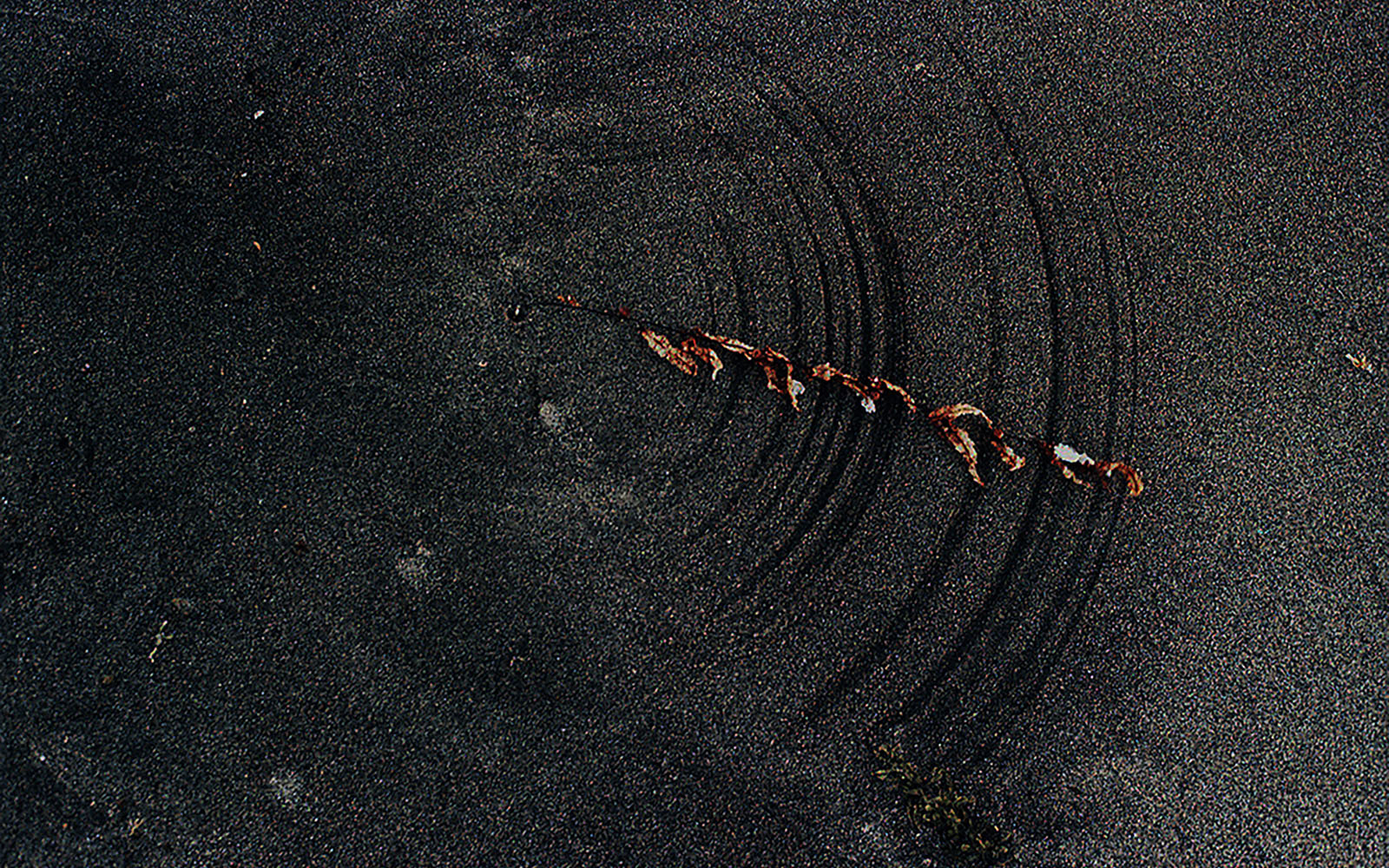 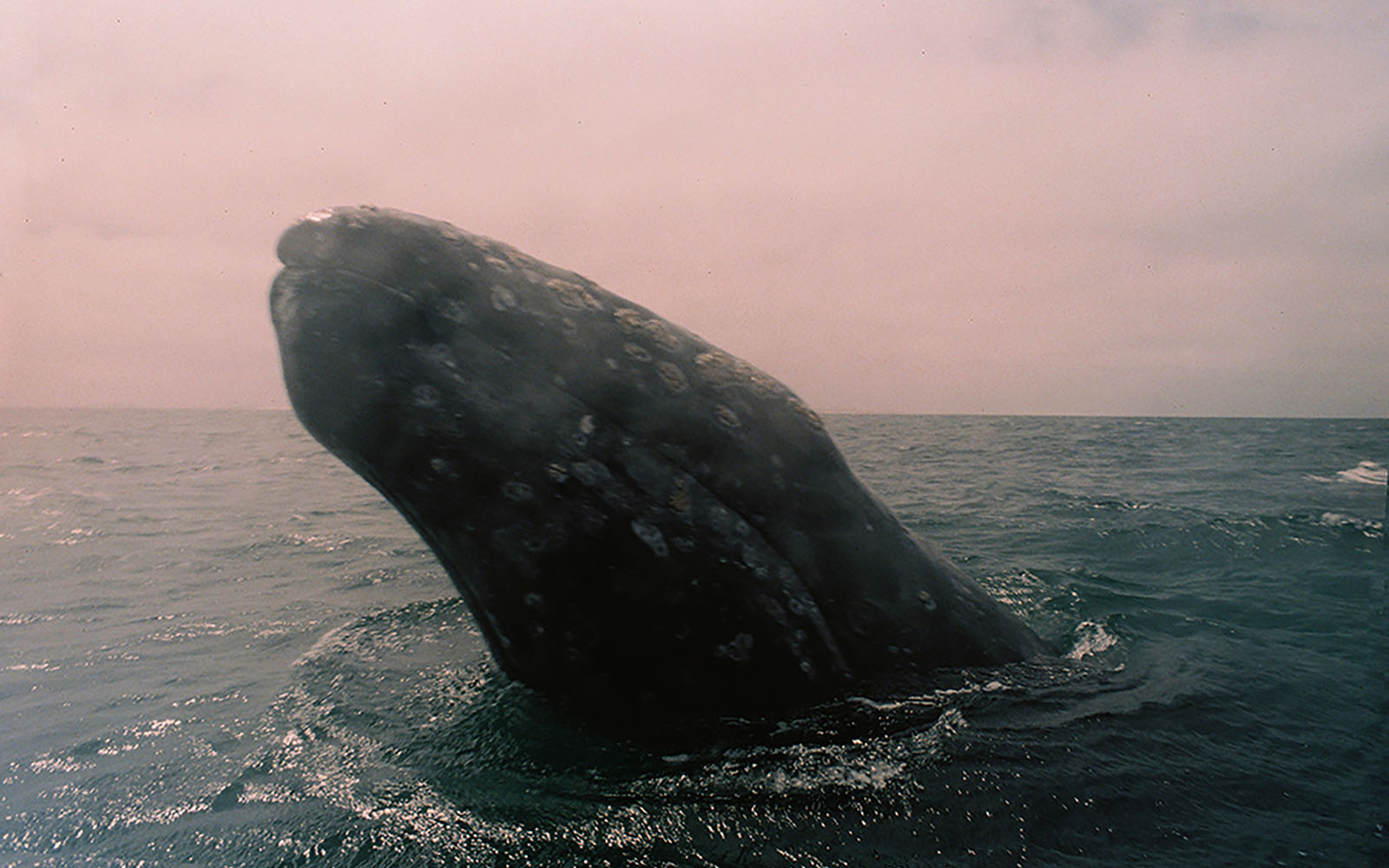 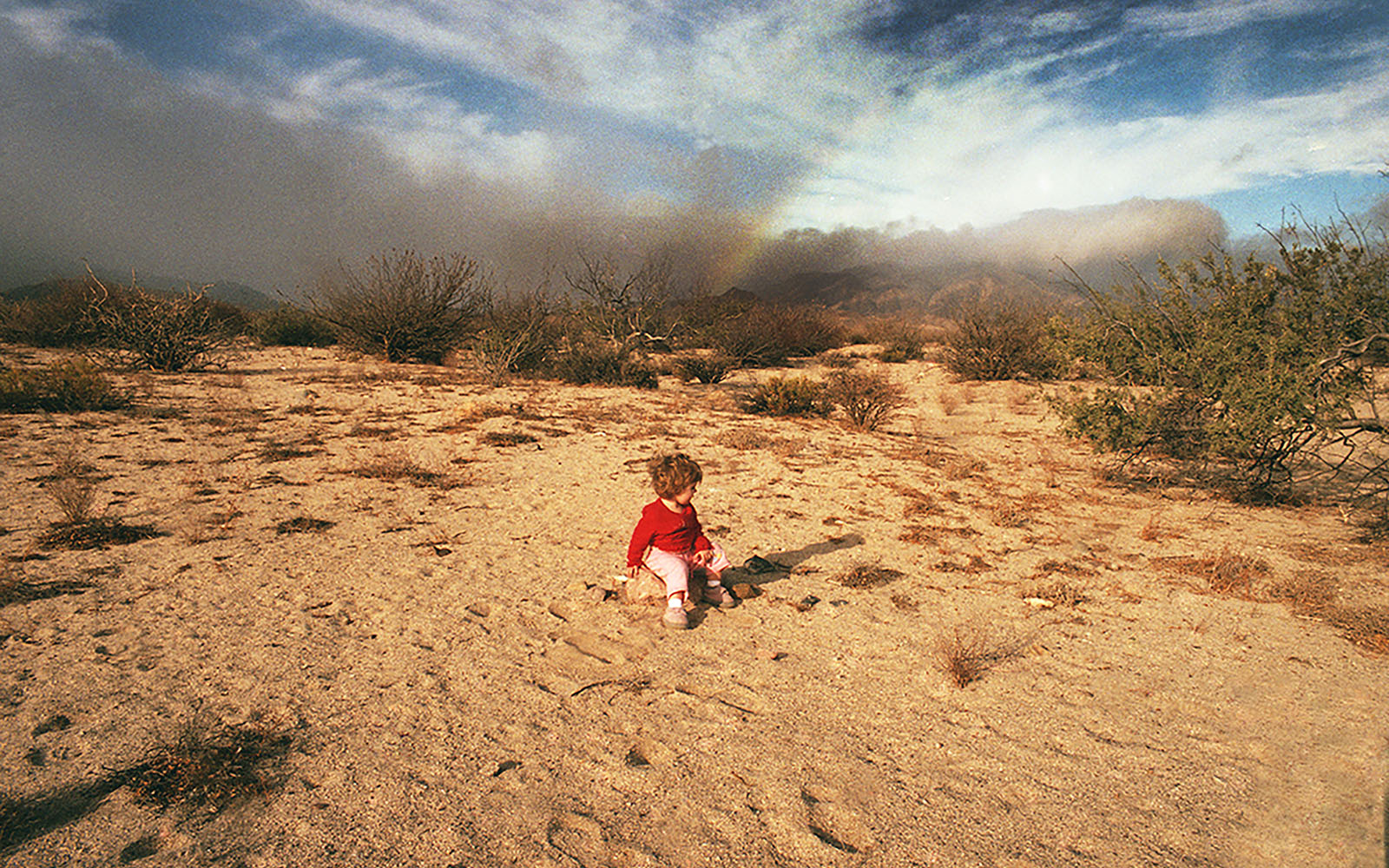 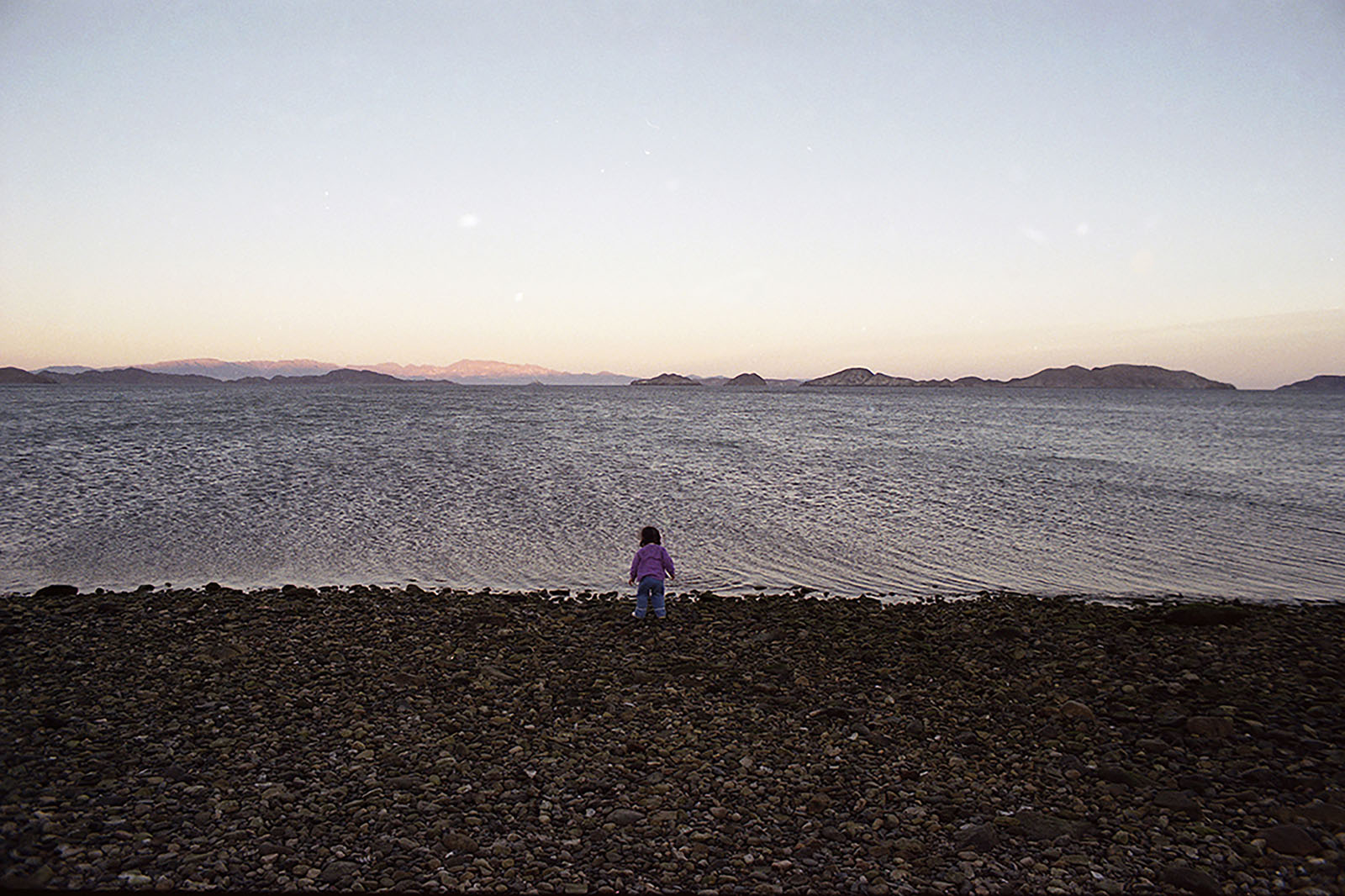 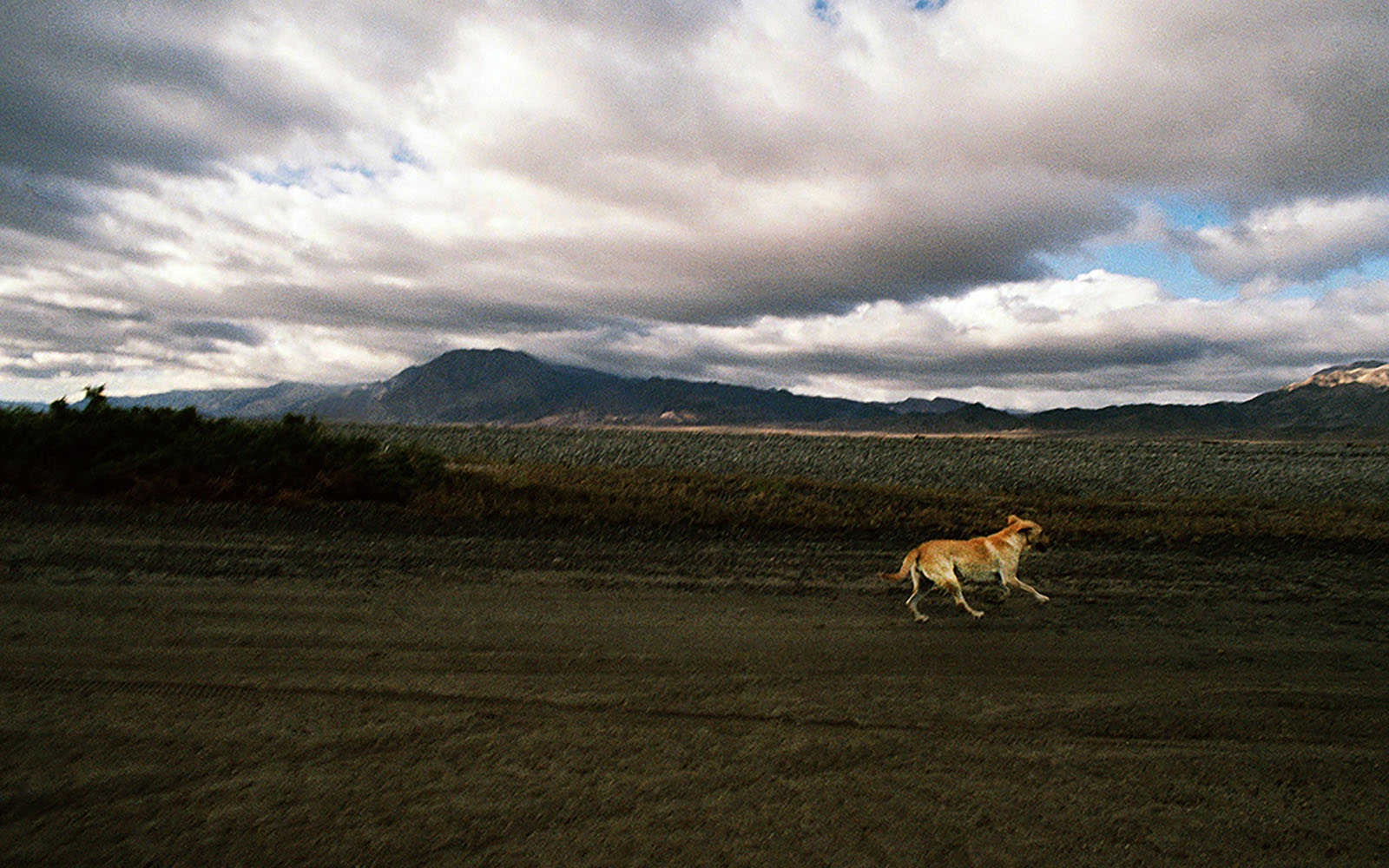 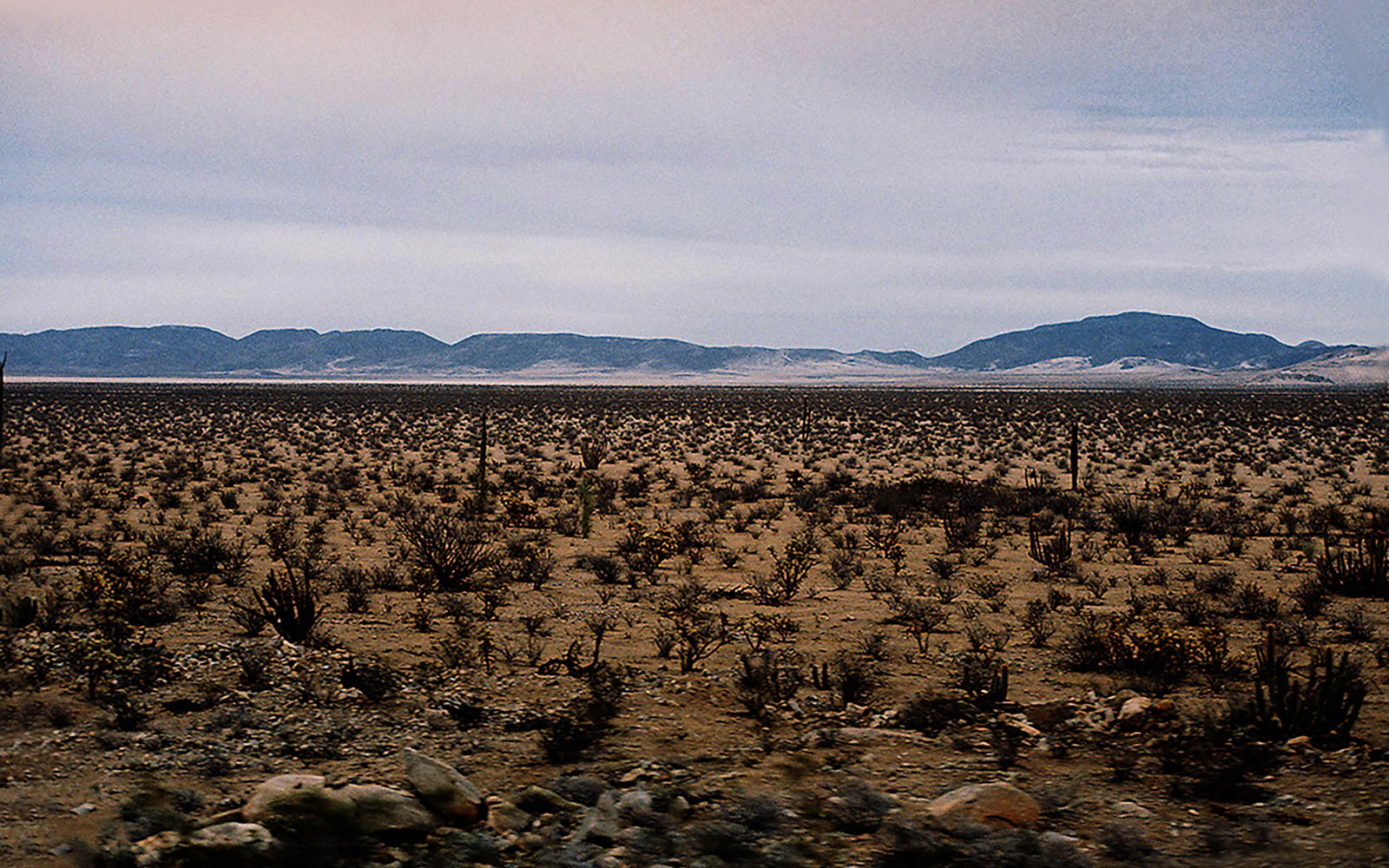 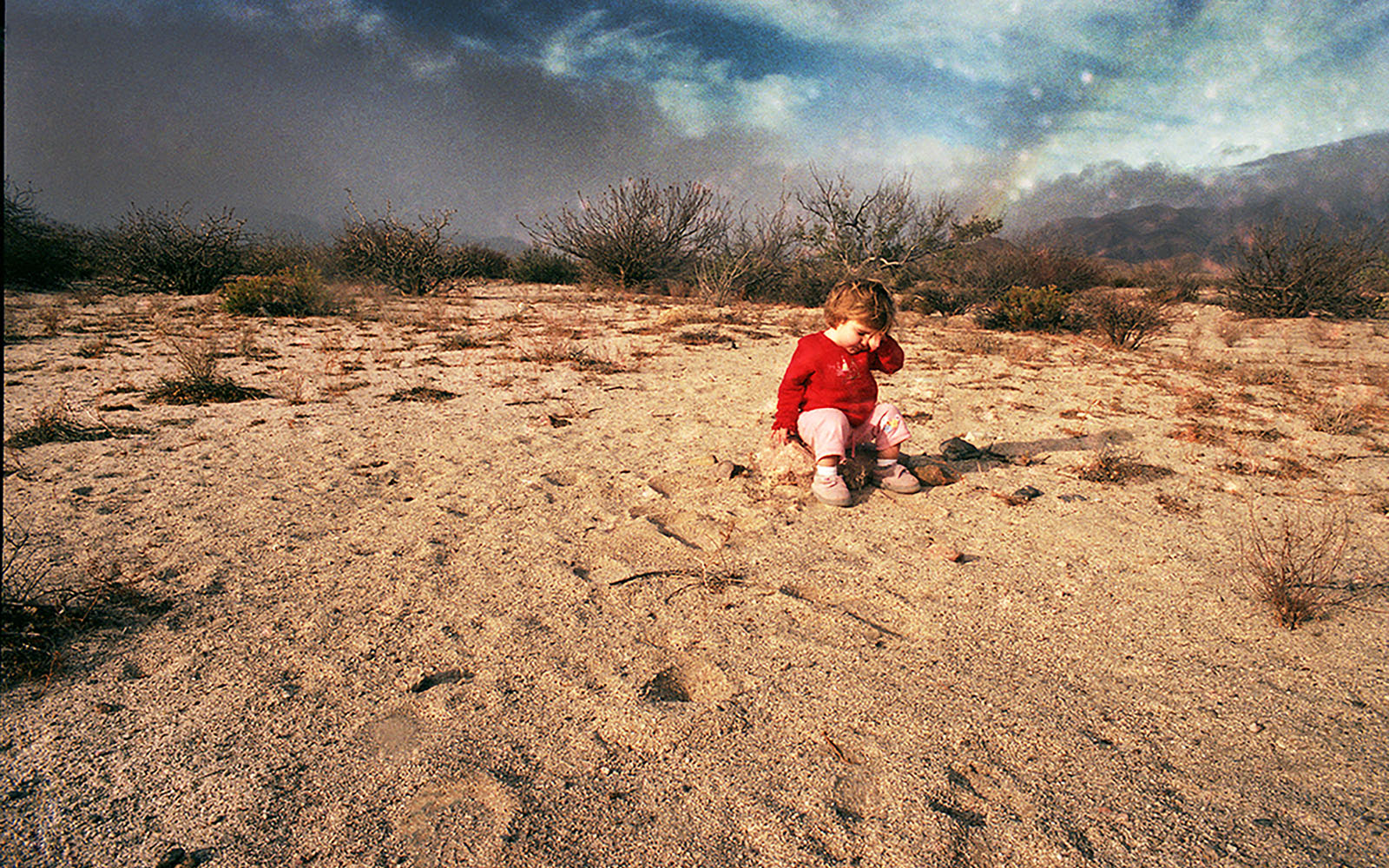 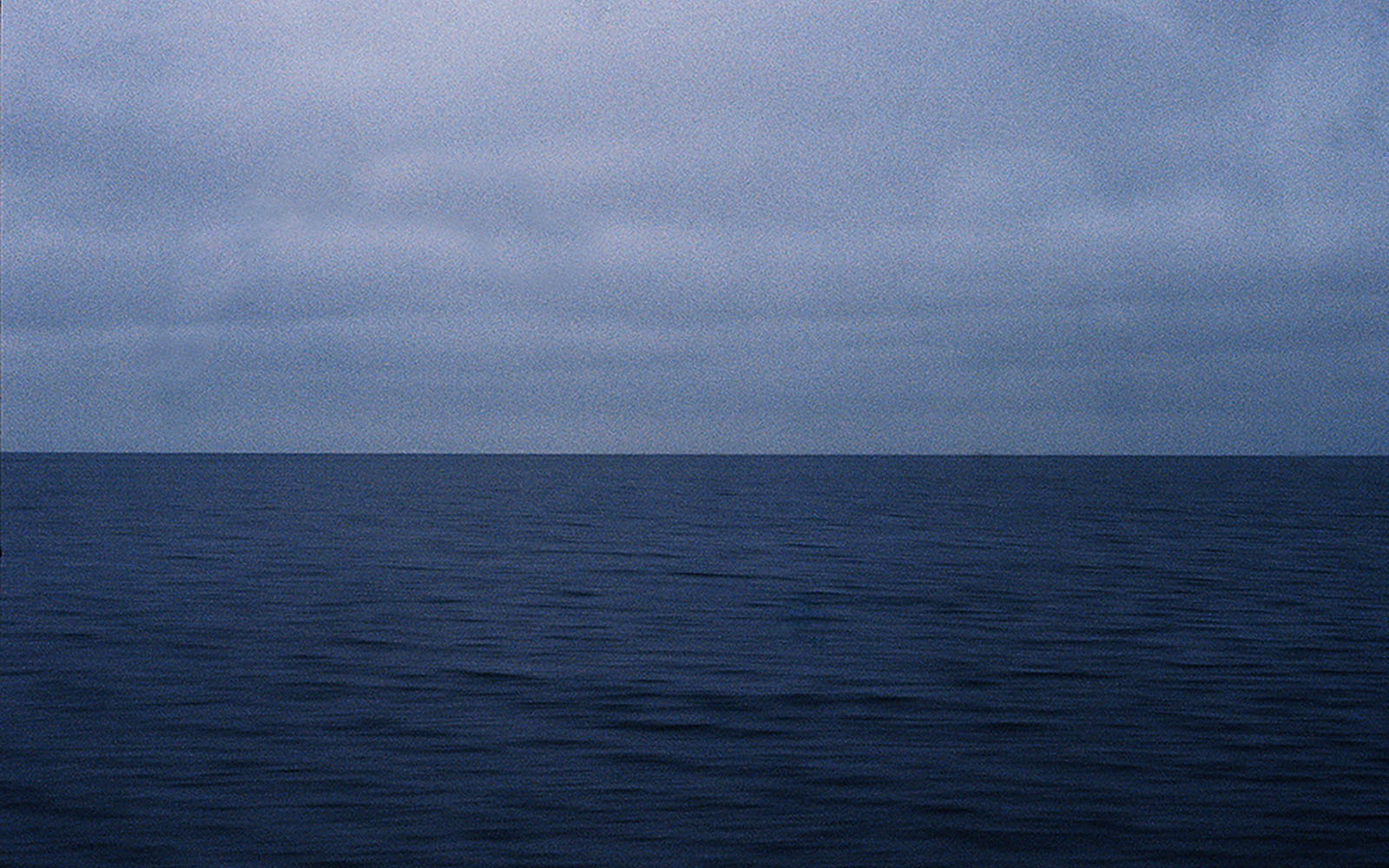 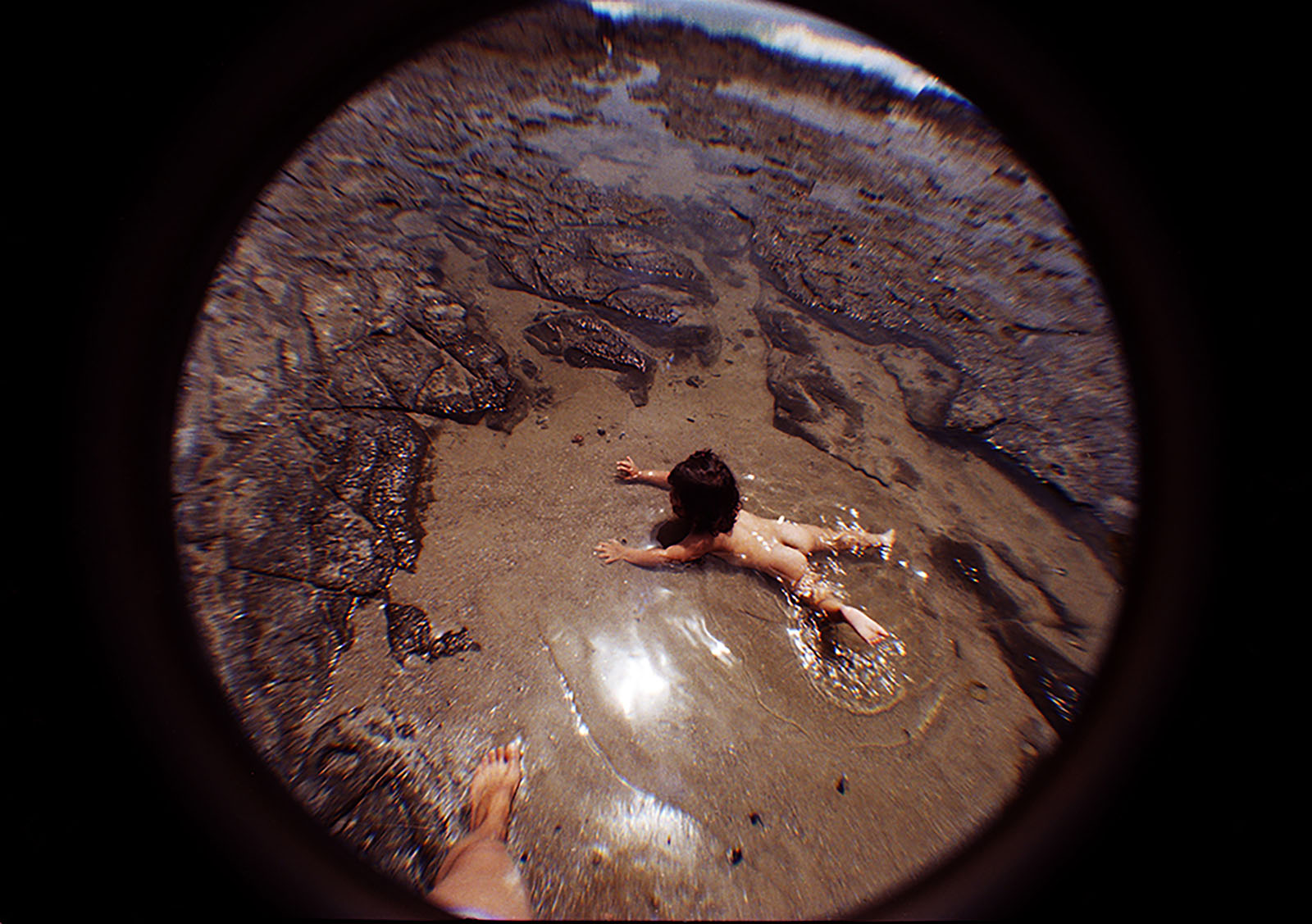 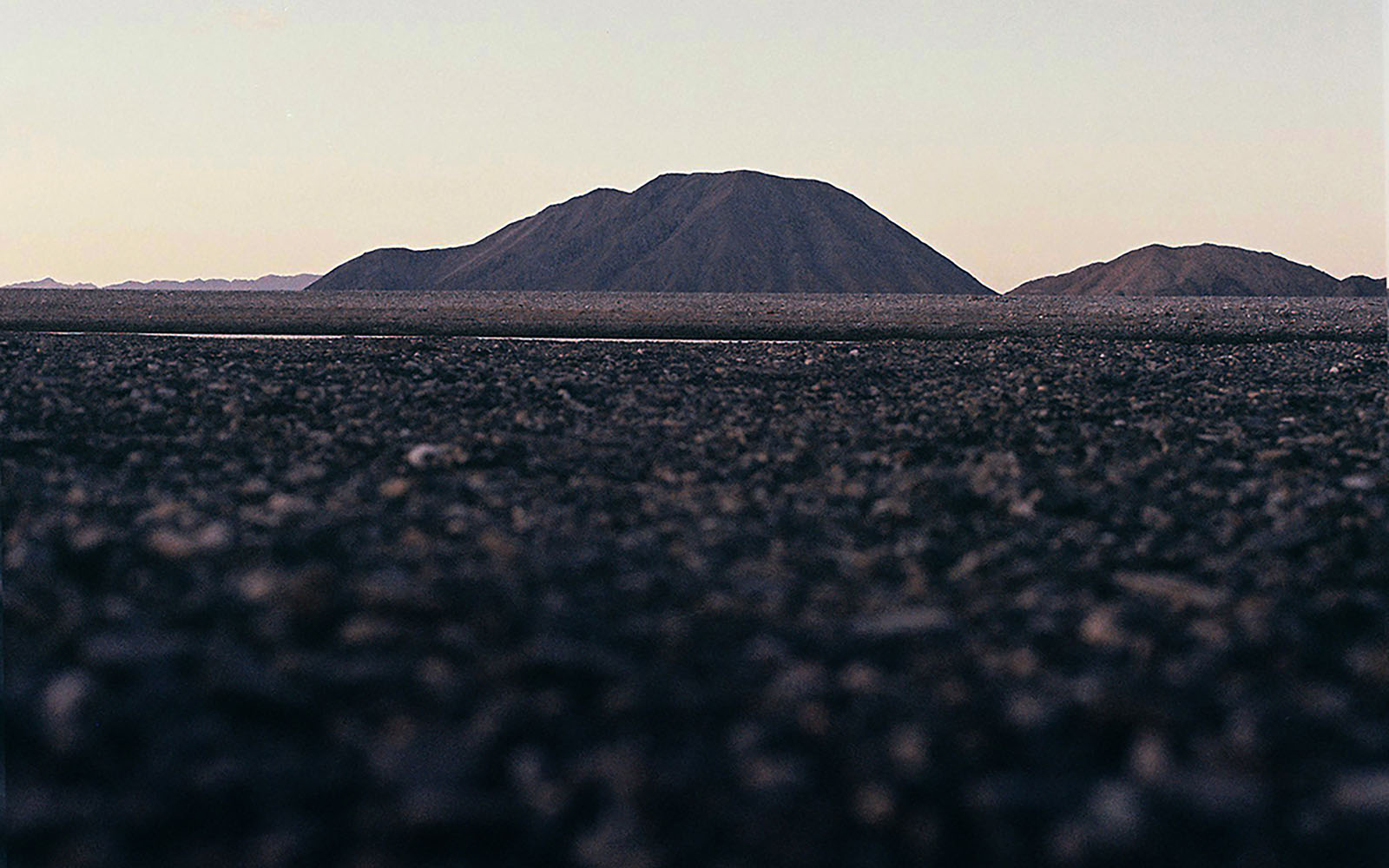 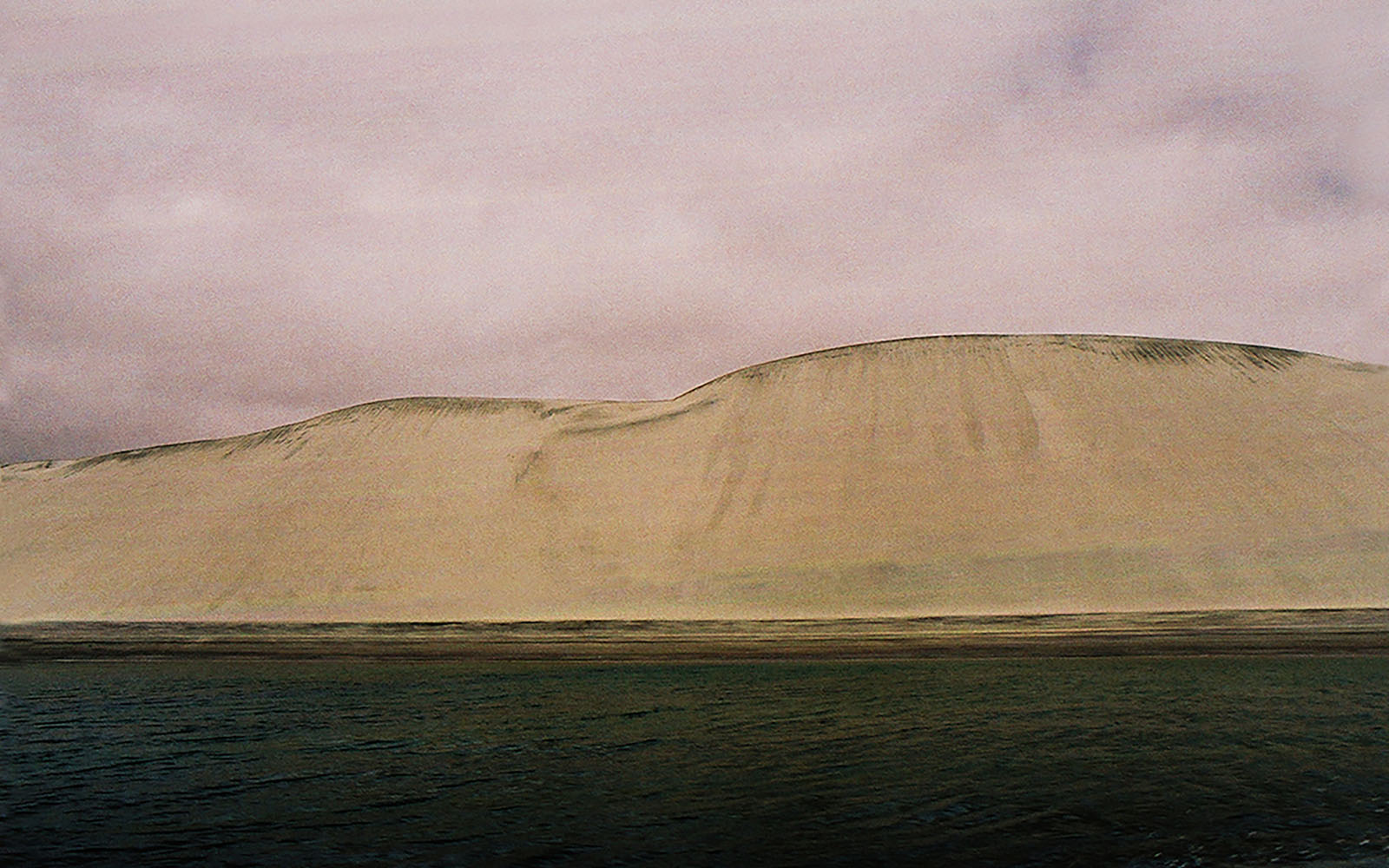 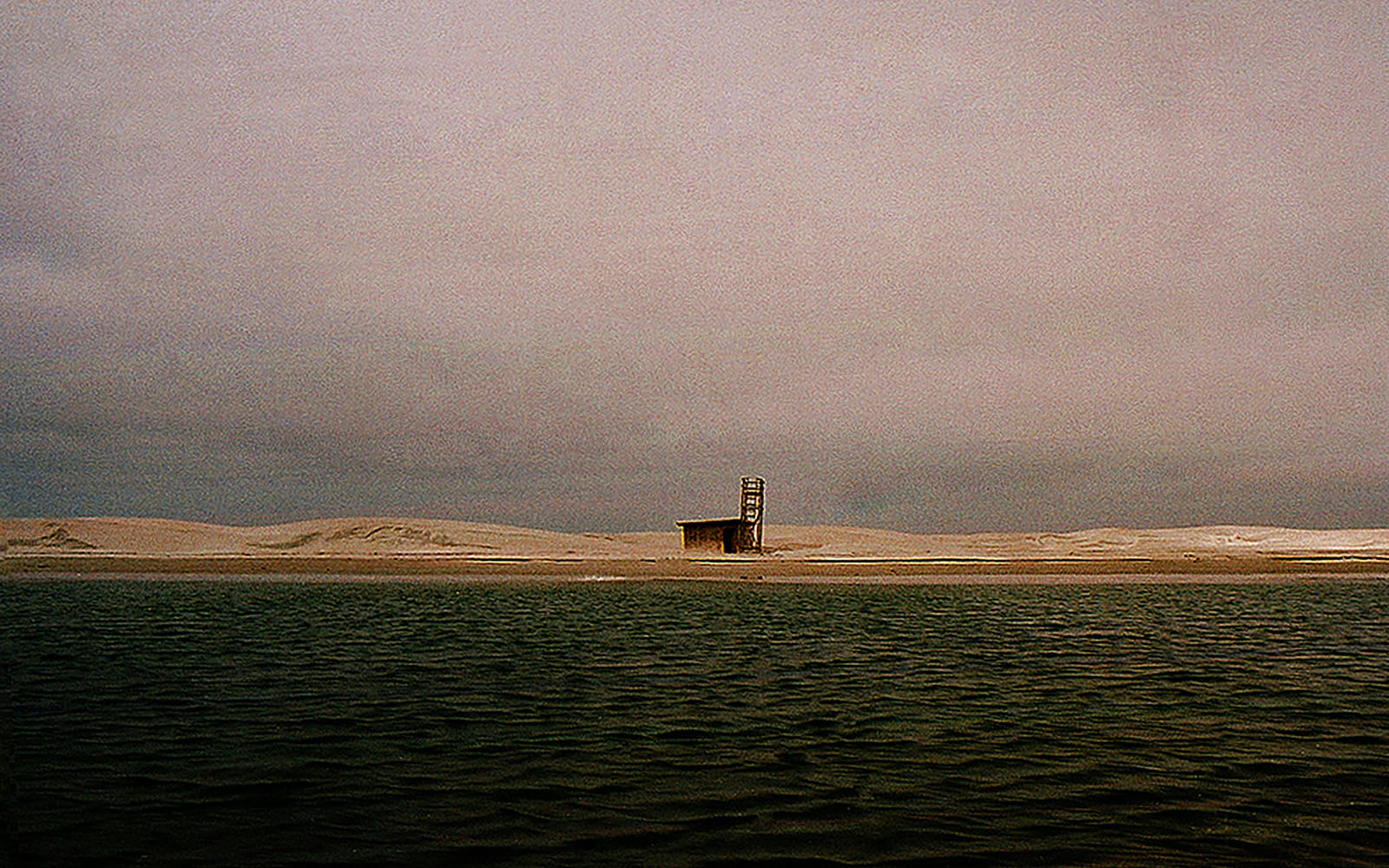