A DESERT OF MEDUSAS

My dearest: A couple of nights ago I dreamed that I was flying over a sea that looked like a river. The lovers’ house who doesn’t kiss appeared far away, blurry and unsteady on mountains of sand dunes.  The creatures of the sea, the nonexistent water’s memory, we all have been there but nobody remembers.

I need to recover my red coral necklace. Without it, I lose direction.  For me, it’s a shield and a mirror when I swim at night in the sea.  Even though I only practice a few yards from the seashore, ten strokes seem like a hundred. Yes, in the darkness, space is a frightening excess that becomes dormant.

How would it be to habitat the seas without seeing? How is it to see the heart? The great deed of swimming in the shadows is to simply rely on the perception of the senses.  But you can tie up Ariadna’s delirious thread to my waist so we can fearlessly swim through the depths of the sea,  like a creature that resembles a medusa.

I form images to trust my journey, to relax my senses. The bright scene of matter.  Seductive lights. There is no perpetual darkness, not even in the cosmos, nor the abyssal oceans. With the organs seen it’s possible to build the evolutionary chain, but the eye needs the imagination to see.

I confess I can master vertigo and open my eyes on my fifth attempt on the third night. The sea light, the infinite tiny ones, the water’s texture, you have to see it with me. Other galaxies shine and expand under the sea. Did you know that in Gemini’s constellation there is a nebula called Medusa? It used to be a giant red star like the sun, its trace is now a bubble braided and its long strands of shiny gas suggest the name of primitive jellyfish that in Spanish we call Medusa.

I am not trying to control my breathing; I am getting to know it. I exhale and images rise up, Medusa wasn’t a monster. Inhale, she cut her throat with the seashore, during the summer solstice, and just like nothing in nature her head spreads her hair everywhere, and the desert got covered with serpents that rattle their tails.

Swimming at night, keeping my senses and emotions charged that confuse me, when I get out of the sea my eyes see a growing desert and the brain thinks it’s the sea without water. The passage is the same, I have seen it before, felt it, dreamed it. The beginning of life would be in a desert of those creatures I call medusas.

Now you must know through this missive that crossing the mirage a crystal aquarium full of medusas broke. This morning I found them stranded on the shore, lifeless and colorless. Their morphology is a mystery; they are feared and seductive, so primitive. How do they survive without a brain, without a heart?

I am cautious, don’t doubt it. When I do my bilateral breathing every other stroke, my guidance in the sky is Sirius, the brightest star in the firmament seen from Earth; also known as Dog Star. It’s my stellar compass that helps me to sketch my final destination on the sea.

I worked the photography with the light of the sunrise, that moment when the brain cannot differentiate between sunrise and sunset. I play by myself, seldom have I had company. I believe when I request help my body expression changes. Bewilderment, surprise, and fate are threads that make me repeat this game over and over. This time I used two cameras, a Cannon Ae-1 35mm and a medium format 6 x 9 hard to use, it’s a classic Zeiss Ikon model Super Ikonta MX. 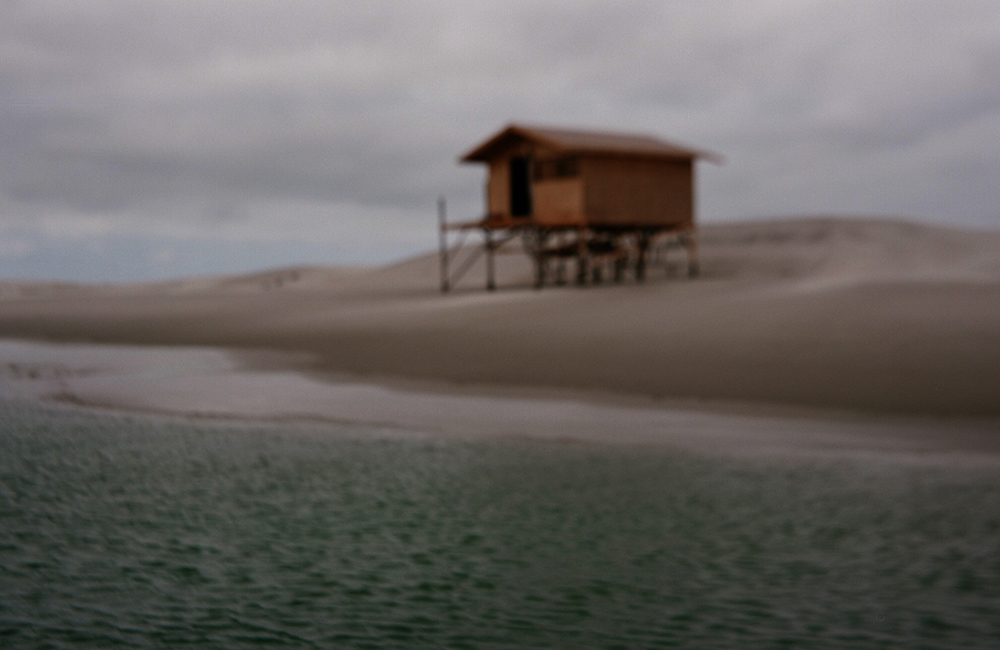 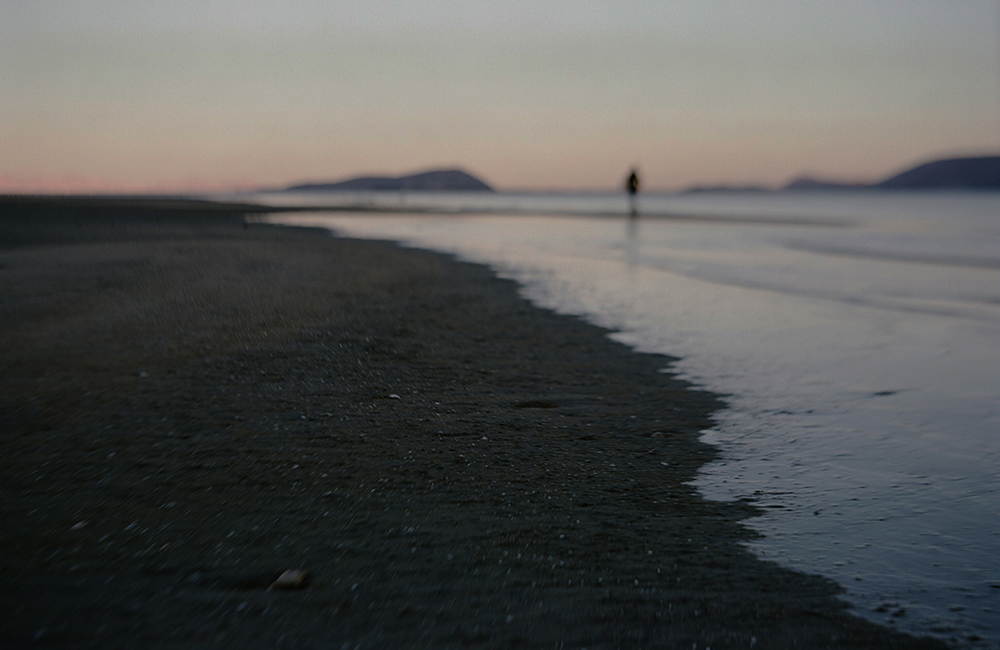 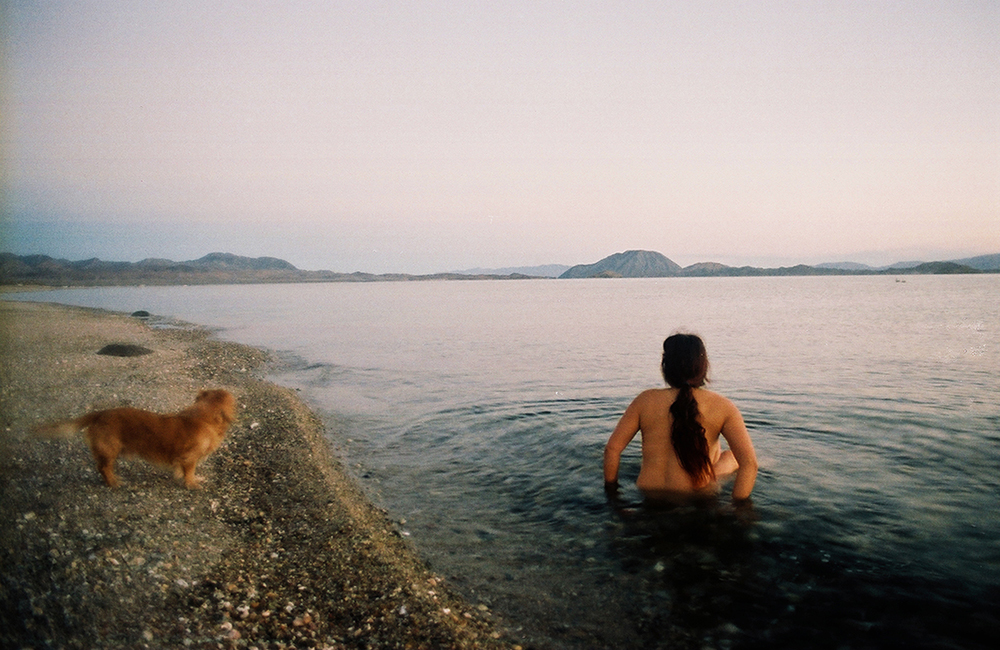 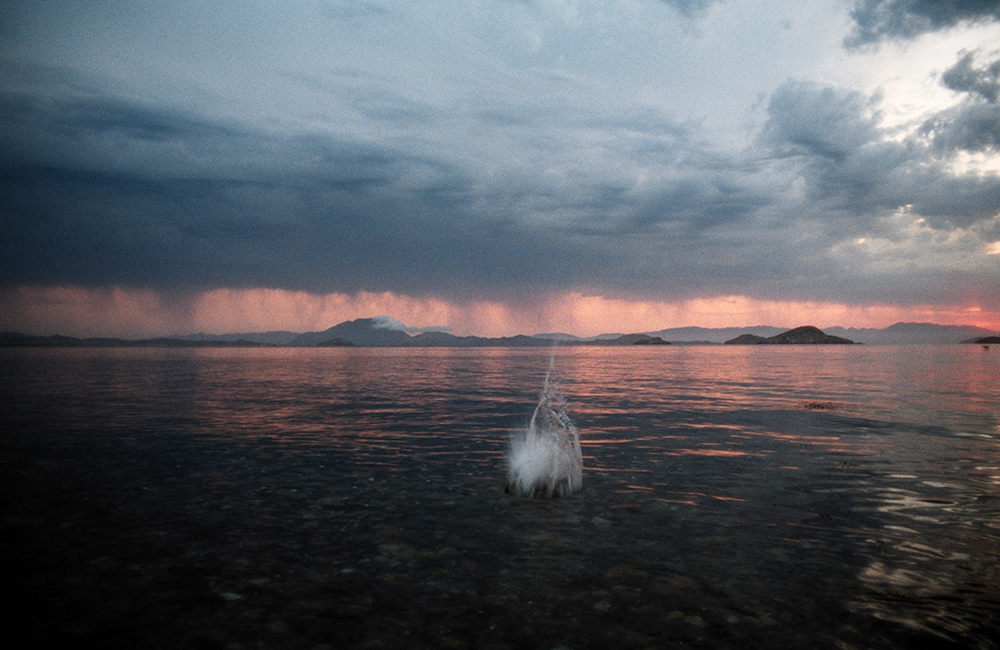 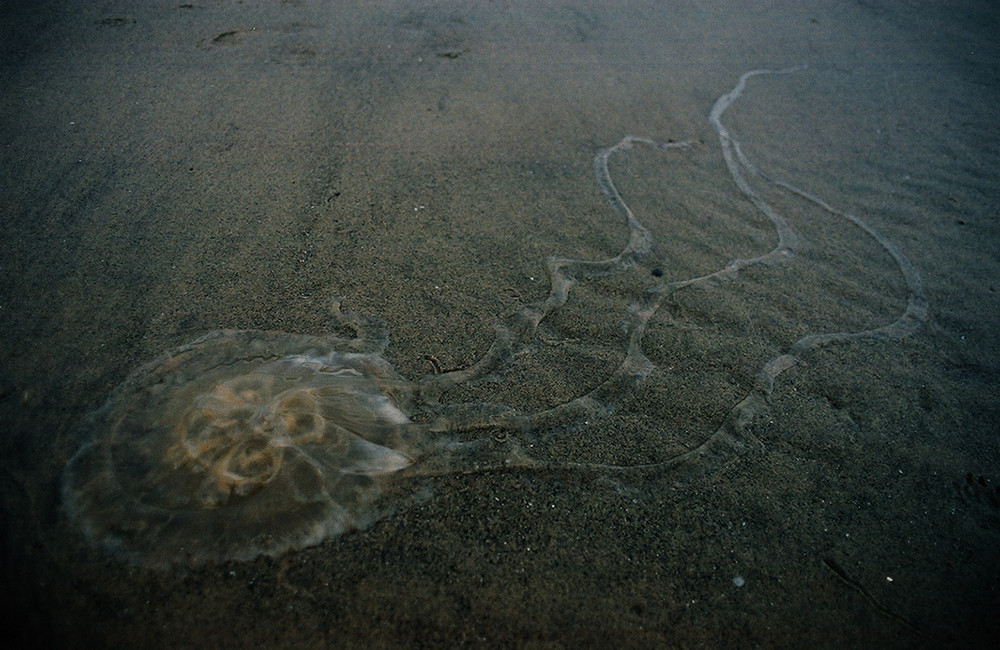 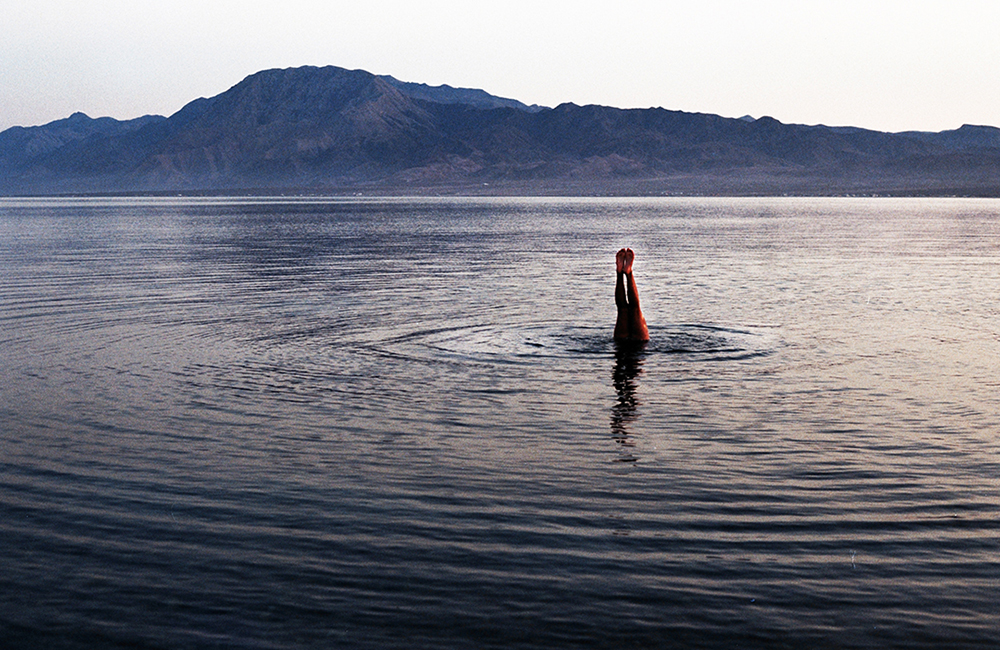 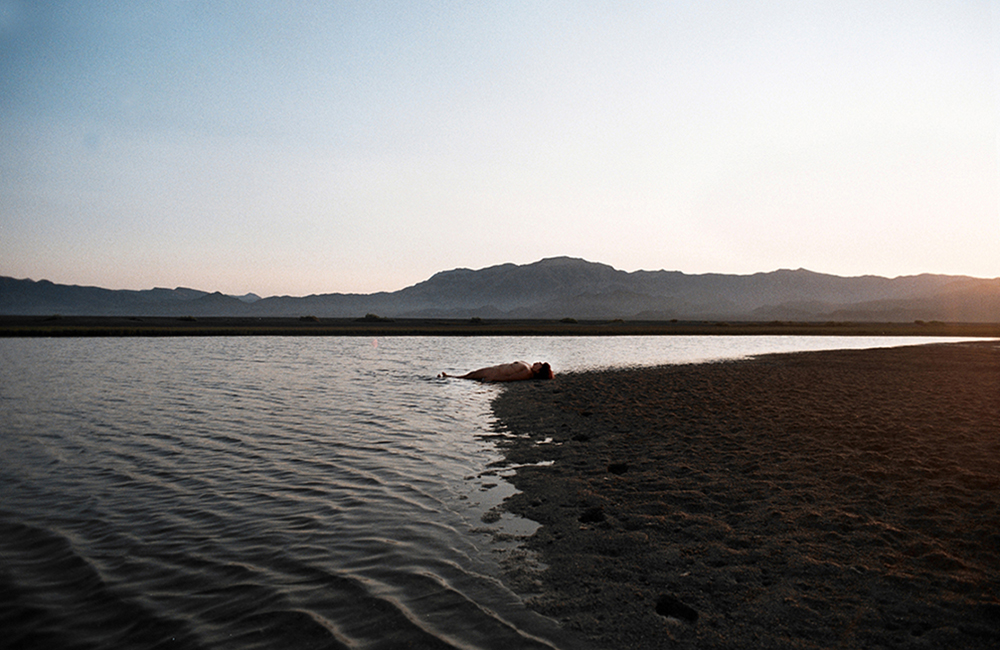 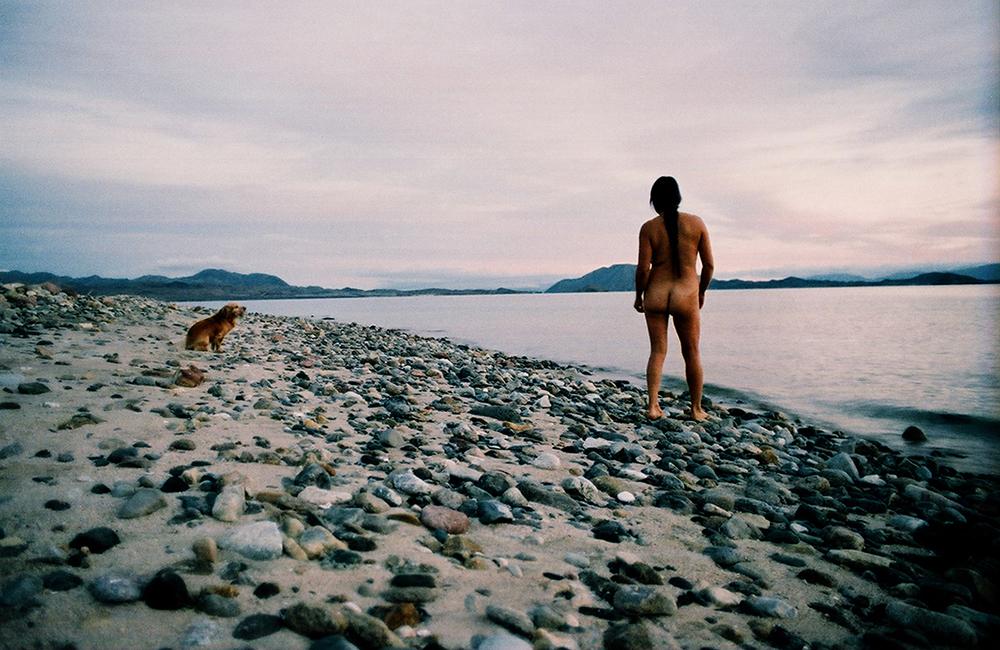